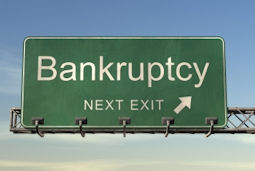 I read a recent article in the Consumer Finance Law Quarterly Report about bankruptcy filings after the 2005 reform act.  The author (Jon Ann H. Giblin) compared 2006 filings with 2007 filings (in her table).

I asked myself – Which states have more filings, on a percentage basis?  (This, of course, begs the question of why, which is another matter.)  I used the U.S. Census Bureau information and combined it with the 2007 filing data to show filings as a percentage of population.

Tennessee and Alabama top the list.  Lots of pain in Michigan, Indiana, and Ohio.  Odd to note the substantial difference between Georgia and S. Carolina.

Update – My friend, Nashville bankruptcy attorney Kevin Key, points out that Suth Carolina does not permit wage garnishment, which helps account for the low bankruptcy filings in that state.   The discharge is not needed if state law already prevents creditors from enforcing their debts.