This posting continues the question of whether fault should be considered in evaluating a claim for breach of contract, specifically, whether the courts should weigh the “fault” of the non-breaching party.

When would such “fault” by the non-breaching party arise?  It would seem that three time frames could be considered:

The bigger question is, Are we better off as a society if we disregard all fault by the non-breaching party when we assess liability for breach of contract?

Here are several hypotheticals from Prof. Porat, and my comments regarding them. 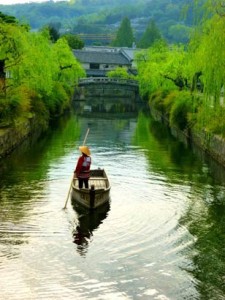 “Ann, a contractor, and Bob, the owner of a certain piece of land, enter a contract for the performance of construction work.  Due to geological difficulties, there is a delay in performance that causes Bob substantial losses.  It becomes evident, however, that Bob knew about these obstacles at an early stage (although not prior to entering into the contract with Ann).  Had he revealed this to Ann in due time, the delay could have been prevented.”

Response:  This is a thorny issue for contract purists, who would insist that Ann had the obligation to review the situation fully before entering into the contract.  Yet, Bob had the power to prevent some of the losses, and, indeed, could probably help reduce the overall cost of performance.  The law should impose a duty on Bob to cooperate and assist in the performance of the contract.

“In the course of a construction project, Charles makes demand for an installment payment.  In fact, Charles is not entitled to any payment, because she failed to meet an additional condition stipulated by the contract.  Charles is not aware of this additional condition because of an oversight on her part.  Debbie refuses to pay, stating that he is not obliged to do so under the contract, but Debbie provides no other explanation.  Charles then stops her work, causing loss to Debbie.  Only after a month, during which Debbie stubbornly refuses to meet with Charles, does Debbie explain to Charles why he was not entitled to payment.”

Response:  The law should encourage efficiency.  Debbie should not be rewarded for her failure to act in a commercially reasonable manner, and the damages should be reduced accordingly.

“Edward undertakes to construct a building for Fay.  During the last stage of performance, Fay gives Edward’s employees confusing instructions on the construction work required.  In the end, there is a delay in the completion of performance; moreover, some of the construction work is found to be defective.  Had Fay refrained from instructing Edward’s employees, the contract would have been adequately performed.”

Response:  In this hypothetical, the contributing fault of Fay, the non-breaching party, should be considered to reduce liability.  Fay caused part of the harm, and Edward should not bear all of the losses.

Comment:  The hypothetical is not complete, as we need to know the nature of the losses suffered by Fay.

“In a home remodeling contract, both George and Harold are aware that there could be delays in completion.  Even though Harold is well aware of this risk, he enters into a contract with a contractor to refurnish the house starting on the day set for delivery.  He also incurs expenses advertising the house for rent.  In the end, George breaches due to late delivery, and Harold suffers losses due to forfeiting the contractor’s deposit and his advertising expenses.  These losses would have been prevented had Harold waited to see whether the contract would be adequately performed.”

Response: It would seem that Harold assumed the risk of loss.  However, assumption of the risk is not a traditional contract defense.  This is an uncomfortable fit for the law, as Harold caused some of his own losses, yet it appears that George is liable for late delivery.

“Ike, a carrier, undertakes to ship a crank shaft from Jane’s mill for repair and to bring it back in one week’s time.  Ike instead brings the shaft back after two weeks, which results in high consequential losses to Jane, who could not find a substitute shaft.  At the time of contracting, the parties were aware of a small risk that a substitute shaft would not be available.  One week later it became clear to Jane, but not to Ike, that this risk had materialized.  Had Jane conveyed this information to Ike on time, Ike would have taken costly precautions to ensure that he would return the shaft on time, thus preventing the breach.”

Response:  Historically, the law has favored common carriers, in the sense that the public does not want to pay exorbitant rates for carriage.  It seems that the carrier could have take precautions to avoid the loss.  However, I want know whether the rate structure reflected the potential loss.

In other words, Did the price for shipping reflect a one-week delivery time?  Ike could have shopped for someone who would have guaranteed delivery.  Further, the additional loss was not due to any acts or omissions on the part of Ike, in that Jane simply could not locate the replacement part in a timely manner.