When you read the cases, it’s hard not to reach the conclusion that the courts view a liability release agreement with distrust. A new high water mark in this analysis was reached in the recent decision in Etelvina Jimenez v. 24 Hour Fitness USA, Inc. (June 9, 2015) __ Cal.App.4th ___. In Jimenez, the court relied on a manager’s non-verbal gestures to defeat a release from liability.

Etelvina Jimenez joined a 24 Hour Fitness health club in Sacramento in 2009. In 2011, she suffered severe head injuries when she fell backwards off a moving treadmill and hit her head on a nearby exercise machine.

When plaintiff joined the gym, she was required to sign a membership agreement. However, Ms. Jimenez could not read or speak English. The manager “pointed to his computer screen to a figure, $24.99, indicating the membership fee, and made pumping motions with his arms like he was exercising.” 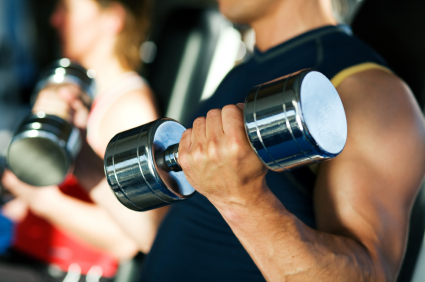 According to the court, plaintiff understood the “physical gestures to mean that if she paid that amount, she could use the facility.” Added the court, the manager “did not point out the release to Etelvina or make any other indications about the scope of the agreement aside from his gestures mimicking exercise and the fee.”

Etelvina believed she signed an agreement only to pay the monthly fee of $24.99.

The court held that the act of pointing at the computer screen and making a pumping motion could constitute a nonverbal gesture giving rise to a claim for affirmative misrepresentation.

Let’s say that one more time: the contract was written in English. It contained a release from liability clause. Plaintiff did not speak or read English. Nobody compelled plaintiff to sign up at 24 Hour Fitness – she could have chosen other gyms. The manager pointed at the dollar figure on his screen and “made pumping motions with his arms.” Based on this non-verbal communication, the court held that a reasonable jury could infer a misrepresentation by the manager, thereby negating the release agreement.

Explained the court, “under the circumstances, already ripe for misrepresentation overreaching, [the manager’s] gestures and pointing may well have misrepresented the nature of the document [plaintiff] signed. This is an inherently factual question for a jury to decide.”

For the life of me, I cannot understand how pointing at a dollar figure on a computer screen and pumping one’s arms could be construed as misrepresenting the terms of a contract that plaintiff was unable to read. Perhaps the legislature should revisit this issue. Perhaps gym membership contracts, like auto sale contracts, should have mandatory Spanish versions for Spanish-speaking customers.

But that’s a question for the legislature, not for the courts. Here, we have a court making a policy decision because it simply did not want to enforce the release clause.