In early English society, rent was paid by way of labor or other services.  Only gradually did rent became an item paid in money.  Consider this analysis by Oxford Prof. A. W. B. Simpson.

“At the time of the Conquest [in 1066] large parts of the country were not cultivated, and those that were, were not farmed by individual farmers acting independently of each other, each relying on his own resources, but by a communal system of agriculture which depended for its success upon the co-operation of all the members of a small village community, formed an economic unit which was largely self-supporting.”

“The lands occupied by such a community would be partly cultivated and partly waste land … In this arable land the inhabitants of the manor had individual holdings, often consisting of scattered strips, each unfenced from those of his neighbor. The great open fields which were the result of this practice were cultivated and cropped uniformly in accordance with local custom.”

Comment – Note how joint tenancies, which carry with them the joint right of possession of property, fit neatly into this ancient system.

“Feudalism [ ] imposed upon each lord the duty to administer justice to his tenants, and to hold a court in which they might litigate … The Royal justices, when, in Glanvil’s time [he died 1190] were working out the embryonic land law, took a momentous decision. They decided that the Royal courts would concern themselves only with persons who held their lands by free tenure.”

“If we are to understand who these unfree tenants were, and what were the marks of their curious status, we must look at the history of that manorial system of economy which prevailed over a large part of England in the Middle Ages, and which, in some isolated instances, has lasted even up to the present day.”

“Before 1066 a high proportion of these communities had fallen under the domination of powerful individuals, but the precise relationship between such lords and the inhabitants of the manors varied enormously … A large proportion of the humbler cultivators were men who were personally free, but who were bound by custom [ ] to perform services of an agricultural nature or supply produce to the lord.”

“The agricultural services would usually take the form of a duty to cultivate the lands which the lord farmed as his own – the demesne lands, as they came to be called … After the Conquest the personal status of many of these landholders tended to be depressed, and many of those whose ancestors in Anglo-Saxon times had been free men came to be reduced to some form of personal subjection to their lord.” 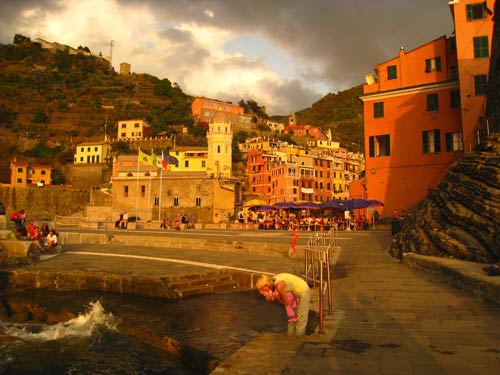 “Such men, the villeins of medieval law, came to occupy a curious position in consequence of the way in which the early lawyers worked out the legal implications of their status.  Broadly speaking they became only relatively unfree.”

“In most manors there was to be found a class of tenants who were undoubtedly free men. Some such men might hold their lands by services obviously appropriate to free men alone – by knight service for example.”

“In many cases, however, they might be bound to perform services which did not differ noticeably from those owed by villeins … In the end this forced the courts to alter their attitude to such tenants, but this was not to happen until the very end of the fifteenth century.”

“Though there would be oppressive lords, and villeins whose complaints have not come down to us, yet in general the services due from a villein tenant were as rigidly
fixed and probably as generally observed as those due from free tenants.  They were defined by local custom, which was thought to be binding on lord and tenant alike.”

“In practice the villein tenant was frequently as well off as the tenant who held by free tenure.  His services were fixed and recorded, and so were the various incidents of his tenure … In the course of the fourteenth century the practice of commuting rents and services in kind for money payments became widespread, and the process continued in the fifteenth and sixteenth centuries.  Various factors have been selected by historians as being the causes of this phenomenon.”

“In some manors commutation was probably introduced because it led to more efficient estate management …The Black Death destroyed a large proportion of the villein tenants of manors, and the ensuing competition for labour amongst manorial lords brought into being a class of labourers prepared to hire out their services to the highest bidder they could find.”

“By the middle of the fifteenth century the mass of villein tenants no longer laboured for their lords, but paid him a fixed rent for their holdings in lieu of personal service … The commutation of services naturally enhanced the social status of tenants in villeinage, and, at the same time as it becomes common, we find the name villein tenure giving way to the more modern name of copyhold tenure … The court roll itself became a sort of register of titles to copyhold land, for since all transactions were recorded upon the roll, it provided conclusive evidence of a copyholder’s rights.”

“Throughout the course of the Middle Ages the number of villeins declined, and the class became extinct by the beginning of the seventeenth century: the law tended to encourage liberty, and there were many ways in which a villein could become free …The last reported case is Pigg v. Caley (1618). The disappearance of villein status is still rather a mystery; there were still a considerable number in Elizabeth’s reign.  The status of villeinage was never formally abolished.”