A pair of decisions from last month reinforce the fundamental rule that an inter-vivos revocable trust is not an entity separate from the trustee.  The first opinion, 1680 Property Trust v. Newman Trust, 2009 DJDAR 16161 (Nov. 17, 2009) states the rule with elegant simplicity, to wit:

“Unlike a corporation, a trust is not a legal entity.  Legal title to property owned by a trust is held by the trustee.  A trust is simply a collection of assets and liabilities.  As such, it has no capacity to sue or be sued, or to defend an action.” 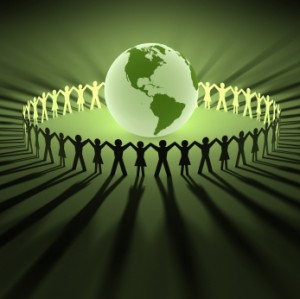 In 1680 Property Trust, it was alleged that the trustee had made fraudulent statements.  The trustee had died more than one year before the lawsuit was filed.  California law provides that an action against the decedent must be filed within one year from the date of death.  (The one-year rule applies to claims that existed as of the date of death.  If the claim arises subsequent to death, then an action can be filed after the general one-year period.)

Explained that the court, “It appears that whatever its form, the substance of the claims in this case is for the personal misconduct of the settlor/trustee on behalf of and for the benefit of the trust, that was completed entirely before the settlor/trustee died, and for which the settlor/trustee could have been held personally liable.  The action is one that could have been ‘brought on a liability of the person’ (Code of Civil Procedure section  366.2, subd. (a)), and is based ‘on a debt of the decedent’ even though brought against the successor trustee . . . Section 366.2 was intended to impose a time limit on such claims, regardless of whom the action was brought against.  Accordingly, the claims against Newman Trust are barred by section 366.2.”

Let’s say that again so we all understand it:  An estate planning trust is a legal fiction.  It is not an entity.  Period.  The trust has no separate existence, no matter what promises may be peddled by asset-protection salesman.  For all intents and purposes, the trust and the trustee are identical.