A second recent opinion reinforces the fundamental rule that an inter-vivos revocable trust is not an entity separate from the trustee.  In Presta v. Tepper, 2009 DJDAR 16603 (Nov. 27, 2009), the court provided the following analysis:

“Two men enter into a real estate investment partnership, each acting in his capacity of trustee of a family trust.  The question is: who are the ‘partners,’ the men, or the trusts? 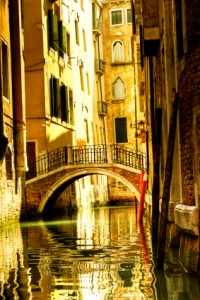 “The answer is ‘the men.’  A trust of the type formed by both men in this case is simply a fiduciary relationship, governed by the Probate Code, by which one person or entity owns and controls property for the benefit of another.  Such a trust is not an entity separate from its trustee, and cannot independently do anything – it cannot sue or be sued; it cannot enter into agreements; and it cannot fulfill the fiduciary duties of a partner.”

Oh boy.  You can’t say it much more clearly than that.

The litigation followed the death of one of the partners.  The partnership was formed by Ronald and Robert, each of whom signed the partnership agreement on behalf of his respective estate planning trust.  The court made short order of the argument that the trust, not the individual, was the partner.  Said the court.

“We have no trouble concluding, as a matter of law, that it was they, and not their respective ‘trusts,’ who were the partners in the two agreements at issue herein.

“The fundamental flaw in Renee’s argument is that it assumes a trust is an entity, like a corporation, which is capable of entering into a business relationship such as a partnership.  It is not.  It has long been established under California law that an express trust of the type created by Presta and Tepper is merely a relationship by which one person or entity holds property for the benefit of some other person or entity:  A trust is any arrangement which exists whereby property is transferred with an intention that it be held and administered by the transferee (trustee) for the benefit of another.”

The court further explained that the tax status of the trusts did not change its analysis in one iota.  True, the trust had its own taxpayer identification number and true again, the trust was required to report income and file a tax return.  Yet, the court sliced to the heart of the matter, explaining that:

“The tax status of these trusts is nothing more than a reflection of their essential purpose:  to establish a special category of property ownership by which the property is divided between the trustee who holds record title and controls it, and those who are entitled to receive its benefits.

“The fact that the taxing authorities chose to create a separate category for assessing the tax liabilities associated with such properties suggests nothing more than a determination that there are tax liabilities associated with such properties – and that since neither the trustee nor the beneficiaries owns the entirety of the trust property, those liabilities cannot simply be assigned to either of those in their individual capacities.  Nothing in that determination changes the nature of such trust relationships, nor conveys ‘entity’ status upon them.”

Hooray for the court, which got it right on all points.  The popular revocable estate planning trust is not an entity, it is a relationship.  (Of course, the trust also partakes of contract, but many obligations arise outside of the contract.)