“Faced with uncertainty about the scope of the contamination and the cost of its cleanup, and unable to agree on who should pay for the remediation, the parties failed to close escrow.  After further efforts to resuscitate the transaction were unsuccessful, the [buyer] sued the [seller] and the [real estate agent].” 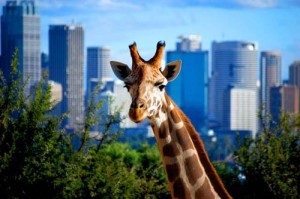 So far, that’s a traditional basis for a breach of fiduciary claim.  The agent is required to disclose all material facts concerning the subject of the agency.

Thus, the buyer “asserts that [the real estate eagent] knew he was relying on the appraisal to determine whether to exercise a contractual right to walk away from the contract.  [The buyer] claims that had the contamination been disclosed to the appraiser, the property could have appraised for less than $1.7 million, and he would have exercised his right under Addendum 4 to cancel the Agreement.”

That’s the background for the court’s review – did the real estate agent “fail to disclose the existence of the Piers environmental reports to US Bank’s appraiser?” In its analysis, the court held that,

“A claim for breach of fiduciary duty by a real estate agent has three elements; a plaintiff must demonstrate the existence of a fiduciary relationship, its breach, and damages proximately caused by that breach. The trial court found no breach of fiduciary duty because the evidence showed the [buyer] and US Bank already knew that the toxic hazard and potential remediation cost was undefined and unknown.”

This finding that will not be disturbed on appeal unless it is unsupported by evidence, and would undermine any claim for relief.

The buyer made a peculiar concession to the appellate court. “On appeal, the [buyer] does not contest any of these findings. Instead, [the buyer] claims that as a matter of law, ‘[the real estate agent] owed a duty to disclose the existence of environmental contamination on the property when he must have known that his failure to do so would affect his principals’ substantive rights.’”

The court explained that “there simply is no evidence that the property would have appraised for less than $1.7 million, and thus any claim that the [buyer] would have been entitled to cancel the Agreement on that basis is entirely speculative. Without such evidence, the [buyer] cannot show that [he was] damaged by the alleged breach of fiduciary duty.”

That’s a bit of a strange turn. The concession that there was no failure to disclose should have ended the inquiry.