The fees in a probate case trigger a reaction that sometimes borders on panic.  Part of the reasoning behind the use of an estate planning trust (sometimes referred to as an inter vivos trust) is that the trust will save on attorney’s fees.

However, as I tell clients, it only works if the beneficiaries get along.  If not, the attorney’s fees in a trust dispute will greatly exceed the regular probate fees.  A case in point is the recent decision in Bellows v. Bellows (June 13, 2011) 2011 DJDAR 8530.  The estate was in the range of $65,000.  Under California law, the probate fees would have been around $2,600 (four percent of the estate).  Yet the trust litigation has triggered attorneys fees in excess of $20,000, which surely was not the intended result.

The case also stands for the proposition that a trustee cannot demand a release as a condition to making a distribution as required under the trust agreement.  (Again, such a release comes part and parcel with a probate, as the court approves all distributions by the executor.)

Here are the facts.  “In 2003, Beverly Bellows established the Beverly Bellows trust, naming her and Frederick as cotrustees. As restated in 2005, the trust provided that on her death, the trust assets would be divided equally between Frederick and Donald. Following Beverly’s death in 2008, Donald requested distribution of his share of the trust.”

Watch as the wheels start to slip – the two brothers did not get along. “In September 2009, when the distribution had not been made, Donald filed a petition in the probate court pursuant to section 17200 seeking an accounting and distribution of the trust assets. On November 13, the court ordered Frederick to provide an accounting of the trust assets and to distribute one-half of the assets to Donald within 10 days. The order awarded Donald attorney fees in the amount of $9,800.”

Ouch.  That fee award – long before the fees on appeal – was four times the total probate fees, had the estate been subject to probate.  But it only gets worse, as Donald also claimed that “Frederick had improperly deducted from the remaining corpus of the trust approximately $13,000 of his own attorney fees prior to dividing the trust assets in half.” 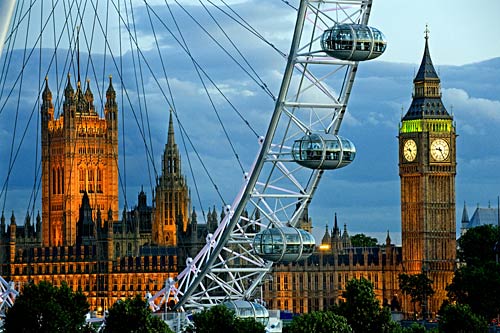 Never forget Molly Ivins’ first rule of holes – When you find yourself in one, stop digging.  These two brothers amassed more than $25,000 in collective attorney’s fees, before they ever took the matter up on appeal.

“On February 23, 2010, Donald filed a motion to compel compliance with the court’s November 2009 order.  Frederick opposed the motion and filed a cross-motion for abatement and for attorney fees and sanctions.”

Here’s the holding on appeal. “There is no dispute that under the terms of the trust as interpreted by the court in its November 2009 order, Frederick was required to distribute to Donald one-half of the trust assets. Under the plain language of [Probate Code] section 16004.5, subdivision (a), Frederick could not condition the payment on a release of liability . . .

“There was no dispute that Donald was entitled to receive from the trust at least $30,376.80, based on Frederick’s own accounting. Frederick, as trustee, was required to make this distribution to Donald without any strings attached. He was not entitled to condition the payment on the release of other claims or demands of the trust beneficiary.

Added the court, “[the statute] permits a trustee to seek a voluntary release or discharge.  A release obtained as a condition of accepting payment to which the beneficiary is entitled is in no sense voluntary . . . Frederick could not condition such an agreement on Donald releasing his right to an accounting or of other claims he might have against the trustee. Again, such an interpretation would render subdivision (a) nugatory.”

Finally, the court added that, “subdivision (b)(4) confirms the right of the trustee to withhold any distribution that is reasonably in dispute. In such a case, as subdivision (b)(5) confirms, the trustee may seek instructions from the court, the well-established method of resolving controversies that may arise between trustee and beneficiary . . . What the trustee may not do is extract from the beneficiary an agreement to accept a compromise concerning a disputed issue as a condition of receiving a distribution to which the beneficiary is unquestionably entitled. A trustee may not under any circumstances condition a required distribution on an involuntary release of liability.”

As it looks to this writer, the two brothers spent all of the money on attorney’s fees. That’s a bad result under any standard.