The California Supreme Court recently considered when a transfer of ownership occurs in the context of an estate planning trust.  The dispute arose in under Proposition 13, which sets the rules for property tax reassessment.

That’s the dispute – do the property taxes increase by 500% upon the owner’s death?  Stated the court, “The starting point for our conclusion lies in the fact that, during her lifetime, Helfrick transferred the residence to a trust of which she was the sole present beneficiary and as to which she held the power to revoke.” 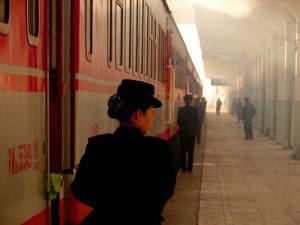 The court explained that “under general principles of trust law, trust beneficiaries . . . are regarded as the real owners of that property . . . Moreover, property transferred to, or held in, a revocable inter vivos trust is deemed the property of the settlor.”

The court cited to a legislative task force, which had explained that:  “Revocable living trusts are merely a substitute for a will.  The gifts over to persons other than the trustor are contingent; the trust can be revoked or those beneficiaries may predecease the trustor.”

According to the court, “although transferring legal title to the residence to herself as trustee, Helfrick, as sole trust beneficiary and holder of the revocation power, continued to hold the entire equitable estate personally and effectively retained full ownership of the residence.”

It’s a relief to see such a clear statement from the California Supreme Court.  A living trust is established for estate planning purposes as a will substitute.  Such a trust can be amended or revoked by the trustor (i.e., the property owner) during the his or her lifetime, just like a will.  In the court’s explanation, “Any interest that beneficiaries of a revocable trust have in trust property is ‘merely potential’ and can evaporate in a moment at the whim of the settlor.”

What happens to the property after death?  At this point, the trust cannot be modified.  “Upon Helfrick’s death, the trust became irrevocable and the entire equitable estate in the residence, which Helfrick had personally held during her lifetime, transferred from Helfrick to Steinhart and her siblings (or their issue) as beneficiaries of the irrevocable trust.”

The same thing with a will – the instrument becomes permanent at death, and the property passes to the persons named as the beneficiaries.  Here’s the point at which the court had to make a slight leap.

With a will, Probate Code section 7000 states that, “title to a decedent’s property passes on the decedent’s death to the person to whom it is devised in the decedent’s last will.”  However, there is no statutory counterpart in California’s trust laws.  Hence, the court filled the gap by holding that, “upon [the] settlor’s death, [the] trust became irrevocable and the full beneficial interests in the property transferred to the residual beneficiaries of the trust.”

Thus, during her lifetime, “Helfrick personally held the entire equitable estate in the residence and was regarded as the residence’s real owner.  Under the terms of the trust, upon her death, Helfrick transferred not just a life estate, but the entire fee interest – i.e., the full bundle of rights – to, collectively, Steinhart and her siblings (or their issue) . . . Helfrick, who was the sole beneficial owner of the residence before her death, retained no interest in the residence after her death.”

In the case before the court, the decedent left a life estate to one heir, with the remainder interest passing to certain siblings.  The life estate tenant claimed that the property was not subject to reappraisal until her death.  The court disagreed:  “That circumstance does not alter the fact that, upon Helfrick’s death, the entire equitable estate in the residence was transferred from Helfrick to, collectively, Steinhart and her siblings (or their issue) as beneficiaries of the irrevocable trust . . . This transfer constituted a ‘change in ownership’ within the [meaning of Proposition 13].”

The holding is not surprising but again reflects the legal tensions that arise from the use of a trust agreement as a substitute for a will.