In the recent decision in Citizens Business Bank v. Carrano (Nov. 05, 2010), the court sensibly applied the rules for construing a will to the interpretation of an estate planning trust.  This is an appropriate result, considering that the trust was intended to serve as a substitute for will.  However, the law authorizing such a result is not as clear as it should be, at least under the statute.

The lawsuit concerned one of the grandchildren, Jonathan.  The matter of Jonathan’s conception was unusual, to say the least.  The court found that, “Christopher (the son) met Jonathan’s mother, Kathy Carrano, when he was shot in the leg in 1984.”

“Kathy was Christopher’s physical therapist while he was in the hospital and she continued to care for him during his recovery at his parents’ home.  One night, Christopher gave Kathy a drug and had sex with her without her knowledge.  Jonathan was conceived that night.”

Only in California, you might say.  But wait, the story gets better.  “Kathy was married to another man at the time. Jonathan was born in August 1985.  Kathy and her husband raised Jonathan as their child.  A few years after he was born, Kathy learned that Jonathan was Christopher’s son and not her husband’s.  Jonathan was never formally adopted by Kathy’s husband.”

“Christopher, however, appeared to be aware that Jonathan was his son from the beginning.  He bragged to his friend, Vahe Tatoian, when Kathy was pregnant that, “I know this is my kid.’”

Christopher led a troubled life.  “In December 2006, Christopher became paralyzed from his neck down and could no longer speak.  In January 2007, Kathy told both Jonathan and Charles [the grandfather] that Christopher was Jonathan’s biological father.  Jonathan introduced himself to Charles, saying, ‘I am Jonathan, your grandson, Christopher’s son.’  Charles ‘reached over and grabbed [Jonathan’s] hand and said, ‘I know.’” 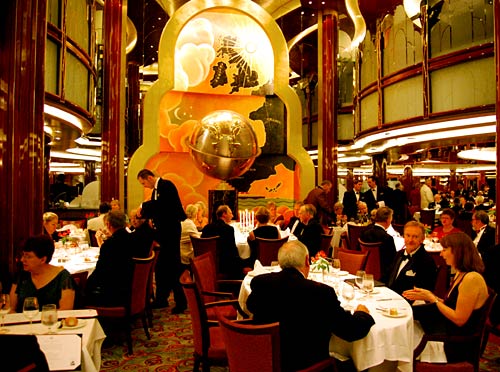 After Christopher’s death, an issue arose as to who was entitled to inherit under the trust.  The trust provided for distributions to Christopher’s “then-living issue.”  The matter wound up in court when “Citizens Business Bank, as trustee to the Papaz Family Trust, filed a petition for an order ascertaining beneficiaries and determining entitlement to distribution.”

Held the court, “The ultimate question in this case is whether the Papaz Family Trust’s definition of ‘issue’ includes Jonathan.  Jonathan argues that the term ‘issue’ in the trust instrument is unambiguous.  We agree.”

First, the court applied basic contract law, stating that “whether an ambiguity exists in a writing is an issue of law subject to independent review on appeal.”  Then the court reached out and connected trust law with the law of wills, as follows:

“Our Supreme Court’s opinion in Estate of Russell (1968) 69 Cal.2d 200, 205-206, lays the foundation for our interpretation of a trust instrument: ‘The paramount rule in the construction of wills, to which all other rules must yield, is that a will is to be construed according to the intention of the testator as expressed therein, and this intention must be given effect as far as possible.’”

Now, I agree with this analysis, specifically, that estate planning trusts should be construed by rules similar to those applicable to the law of wills.  The Carrano court makes an explicit link between the two bodies of law, a link that is not always followed, either in case law or in statute.

The court continued.  “The rule is well established that where the meaning of the will, on its face, taking the words in the ordinary sense, is entirely clear, and where no latent ambiguity is made to appear by extrinsic evidence, there can be no evidence of extrinsic circumstances to show that the testatrix intended or desired to do something not expressed in the will.”

The court found that the word “issue” had a statutory definition which included all three of Christopher’s children, regardless of the unusual circumstances by which Jonathan was conceived.  Stated the court, “typically, latent ambiguities arise where two persons or things answer the description of a bequest, or where there is a mistaken description and one or more persons match a portion of the bequest . .  However, extrinsic evidence is not admissible to change a testator’s intent.”

Having found no ambiguity in the word “issue,” the court ruled in favor of Jonathan, concluding that, “Just as in Estate of Russell, we are not at liberty to rewrite the Papaz Family Trust to attach restrictions to the term ‘issue’ that Serena and Charles did not expressly include.”

The court reached the right decision for the right reasons, but I am not positive that the line connecting law of wills to the law of trusts is quite as straight as the court would have us believe.