Here’s an awkward fact pattern  Grandfather establishes a testamentary trust, which trust was confirmed in 1971 court order.  The trust provides for distributions to the “grandchildren.”  A decade later, an individual (Mr. Quick) learns that he is a grandchild, and strikes up a friendship with his father, who is also a trustee of the trustee.

Another 20 years pass and Mr. Quick learns of the trust.  His father having passed away, he sues the successor trustee, claiming he was deprived of the benefits of the trust.  Despite the extremely long passage of time, the court allowed the case to go forward in the recent decision in In re Blowitz (June 14, 2010) 186 Cal.App.4th 371.

In its opinion, the court found that “Samuel D. Blowitz died testate in 1971. Pursuant to the terms of a testamentary trust, he left the remainder of the trust estate in equal shares to his grandchildren.”

The will was submitted to probate, and “An Order Settling First and Final Account and Report of Executor filed January 2, 1974, recounts that the trust provides: ‘Each grandchild living at the time of decedent’s death shall hold undivided equal interests in the trust estate.  When a grandchild attains age twenty-five (25), the Co-trustees shall distribute to such grandchild the entire principal of such grandchild’s interest in the trust.’”

That sentence triggered the litigation.  The Order did not name the grandchildren, but merely referred to “each grandchild living at the time of the decedent’s death.”

Now comes the fact that should have triggered a duty of inquiry.  “In 1989, Quick learned J. Michael Blowitz was his natural father. Mr. Quick thereafter met J. Michael Blowitz, attended a Clippers game with him and built a close relationship over the next few years.”

Quick’s father was a trustee of the trust.  If Quick wanted to sue someone, it should have been his father.  He did not do so, instead waiting years before suing the successor trustee.  In his complaint, “Quick alleged Pearson [the successor trustee] knew Quick was Samuel D. Blowitz’s grandchild and therefore a member of the class of remaindermen identified in the trust.”

The lawsuit further alleged that “Pearson willfully and unlawfully refused to give Quick notice he was a beneficiary of the trust and willfully failed to distribute Quick’s share of the trust remainder to Quick.” 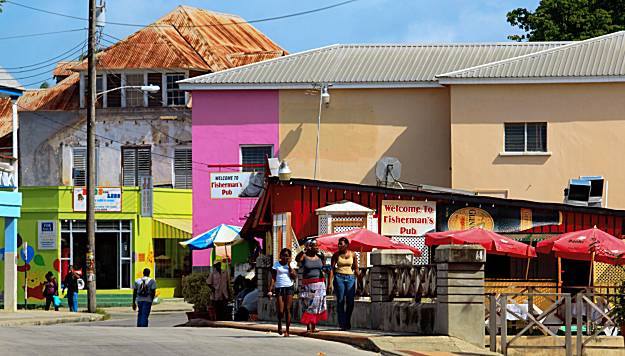 By way of defense, Pearson contended Quick “played the proverbial Ostrich, stuck his head in the sand and refused to investigate.  Pearson repeatedly notes Quick  had an obvious source of information available to him, namely, his natural father with whom he had a good relationship and who was a co-trustee of the trust . . . Pearson asserts Quick had a duty to inquire and investigate when he became aware of facts which would put a reasonable person on notice.”

The court rejected this argument, holding that “Nothing in the second amended petition suggests Quick became aware of facts that would have put a reasonable person on notice of the existence of the trust earlier than 2007 when Quick was advised of the trust’s existence by Mickey J. Blowitz.”

The court concluded that “The second amended petition asserts Quick was unaware of the existence of the trust. It further alleges Pearson knew, at all relevant times, that Quick was a grandson of the testator and that Pearson failed to notify Quick of his interest in the trust and instructed the other trust beneficiaries not to inform Quick of the existence of the trust.  Accepting the allegations of the second amended petition as true, as we must on review of an order sustaining a demurrer, we conclude Quick adequately has stated a cause of action for breach of trust by a trustee.”

This seems like a wrong decision, morally if not legally.  More than 35 years elapsed before Mr. Quick filed his lawsuit.  His dispute was with his real father, not the successor trustee.  Under these facts, the court should not have permitted the litigation to proceed.