In a recent bankruptcy case, the Ninth Circuit held that a transfer to a trust could be set aside years after the transfer was made.  In In re Schwarzkopf (9th Cir Nov. 23, 2010) ___ F.3d ___, the court held that, because the transfer was a fraud on creditors at the time it was made, the taint of fraud was not erased by the passage of time.

Accordingly, when the debtors filed a bankruptcy petition more than a decade after the trust was formed, the trustee could set aside the transfer and recover the property for benefit of other creditors.

The underlying facts were as follows.  “The Debtors created both the Apartment Trust and the Grove Trust on June 15, 1992. They named their minor child, Sydnee Michaels [as] beneficiary and appointed Juan Briones [as] trustee.  Simultaneously with the creation of the Apartment Trust, Michaels transferred all the stock of Kokee Woods Apartments, Inc. to the Apartment Trust.”

Now, as it turned out, the debtors subsequently became solvent – “After the transfer, Michaels successfully appealed the verdict.”  But that did not cure the taint that existed at the time of the original transfer to trust. 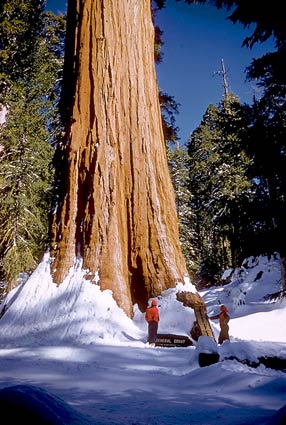 Explained the court, “It is well-settled that a trust created for the purpose of defrauding creditors or other persons is illegal and may be disregarded.  Properly designating a minor child as a beneficiary does not validate a trust that was created with an improper purpose.”

“Here, the bankruptcy court found that Michaels transferred the Kokee Woods stock simultaneously with the creation of the Apartment Trust and that the transfer ‘was made for the fraudulent purpose of avoiding the Debtors’ creditors.’  Those findings are sufficient to establish that Michaels’s purpose in creating the trust was to defraud creditors.  The Apartment Trust is therefore an invalid trust.”

As an invalid trust, the passage of time did not wash away any sins at the inception of the trust.  “Even to the extent it alleges fraudulent transfer, Goodrich’s claim is not time-barred by the seven-year statute of limitations set forth in California Civil Code § 3439.09(c).  If an express trust fails – if, for instance, it was formed for a fraudulent purpose – the trustee holds legal title to the property on a resulting trust for the trustor and his or her heirs.“

What the court is saying, implicitly, is that a fraudulent conveyance in trust is an illegal transfer, and will never become valid, notwithstanding the passage of time.