Journalist and attorney Lloyd Carter questions whether the benefits of subsidized water outweigh the social costs.  The undisputable fact is that the west side of Fresno County is one of the poorest regions in all of America.  Does current water policy help or does it simply compound the misery?

The Cost for West Side Agriculture 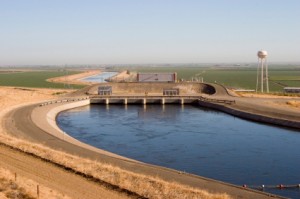 According to Mr. Carter, “The value of Westlands’ federal water subsidy was calculated at $110 million a year in 2002.”

Carter adds, “One little-noticed subsidy is cheap electricity to pump all that water uphill from the Delta to the Westlands.  EWG estimates the electricity subsidy for the CVP is $100 million a year, with Westlands getting $71 million of that annual power subsidy in 2002-an average of $165,000 per farm.”

What’s the bottom line?  According to a 1985 study, “the average subsidy per acre in the Westlands . . . was $217 per acre while the average net revenue per acre was only $290, meaning the most expensive irrigation project in American history was built so growers could make $73 an acre.” 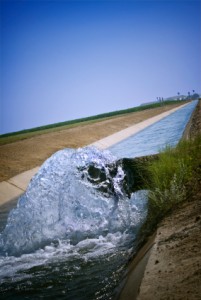 All of this money has not brought wealth to the area.  “The Twentieth Congressional District, encompassing Westlands and a portion of the western San Joaquin Valley down through Kings and Kern counties, has the dubious distinction of being the poorest of the 436 congressional districts in America.”

Pause again.  Rep. Jim Costa’s district is the POOREST in all of America.  This district include the Westlands water district.

Adds Mr. Carter, “While Westlands growers contend that cutbacks in water supplies have devastated the western San Joaquin Valley economy, it should be remembered that many West Side communities were desperately poor decades before the current cutbacks in water to Westlands, back in the days when cheap water flowed freely and Westlands got its full (or nearly full) annual allotment.”

The cost for West Side agriculture is magnified when you consider the environmental problems triggered by the imported water. 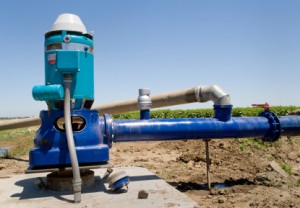 As Mr. Carter notes, the soils in the area “include a host of salts, trace elements like selenium, arsenic and boron, and heavy metals, which created an alkali desert on the West Side over eons.”

To further complicate matters, natural drainage is precluded because “several layers of virtually impermeable, thick subterranean clays run below the topsoil and impede the downward percolation of applied irrigation water.”

Growers had known since before World War II that adequate drainage was needed.  Westlands created the Kesterson reservoir in Merced County to hold the runoff, but the waste water created grave pollution problems and harm to wildlife.

Mr. Carter states that, “An estimated 100,000 acres in the Westlands have already gone out of production in the last few years because they salted up for lack of drainage.”

“This includes land covered by a $140 million 2002 Interior Department settlement of a lawsuit against Reclamation and Westlands filed by nineteen old-guard Westlands families who saw 32,400 acres of their farmland ruined by lack of drainage.  That controversial settlement included $70 million for just four prominent farming families.”

Notes Carter, “Because of the enormous cost of completing a federal drainage canal, Westlands has suggested to the government it would take over resolution of the drainage crisis in exchange for debt forgiveness, a guaranteed water supply, and takeover of some federal project plumbing.”

No Disclosure by Westlands

Westlands acts like a governmental agency, and indeed, has the power of condemnation, which is an essential power reserved to sovereign entities.

But Westlands operates without public disclosure.  As Carter notes, “In 1982, the Reclamation Reform Act was passed, eliminating the residency requirement for farms, [and] increasing the acreage limitation to 960 acres.”

That’s the land ownership limitation established by Congress – only 960 acres per farmer is eligible for subsidized water.

There has never been enforcement of this requirement, nor any disclosure by Westlands.  As Mr. Carter points out, “The actual number of “farms” or “farmers” in Westlands is in much dispute, and Westlands has never provided a publicly available list of all of its “farmers,” “farms,” or “water users”; neither has it confirmed whether the “farmers” are people actually involved in farming or merely have their names listed on land deeds or as part of family trusts.”

It’s shocking that Westlands could suggest that it would acquire large portions of the Central Valley Project for irrigation, yet not make basic disclosures so the public could determine whether it was operating lawfully.

“Most Westlands growers live far from the bleak and industrialized farmlands of the district; many reside in an exclusive enclave of mansions in north Fresno, in the zip code 93711, which receives more federal farm subsidy money than any other zip code in America.”

“The subsidized factory farm economy, it seems, doesn’t have much of a trickle down effect for the families and communities of workers who bring in the harvest.  In fact, it appears as though this system has helped to foster a culture of unsustainable farming practices, caused large scale environmental degradation, and has created a massive socioeconomic rift between land owners and their primarily Latino workforce.

“Indeed, one cannot help but see two different agricultural worlds among the Eastern and Western flanks of the San Joaquin Valley.  The East Side, where the original irrigation colonies began 130 years ago, is full of orchards and vineyards and farmhouses every quarter of a mile and small towns every few miles.”

“In the Westlands, with a single giant farm sometimes reaching tens of thousands of acres, one can drive for many miles down Interstate 5 through cotton and row-crop fields without ever seeing a farmhouse or the all-but-invisible farm-worker communities. It is a stark contrast indeed.”