The federal courts continue to narrow the circumstances in which a person can be denied relief in bankruptcy court based on breach of fiduciary duties.  In Double Bogey, LP v. Enea, ___ F.3d ___ (9th Cir. July 22, 2015), an unpaid creditor sought to invoke nondischargeability on the grounds that the debtor, as the alter ego of his corporation, owed fiduciary obligations to the unpaid creditor. 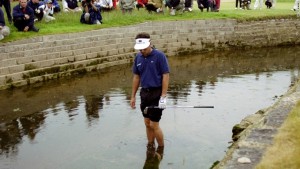 Explained the court, “partnership law clearly and expressly imposes trust-like obligations on partners, explicitly outlining partner’s fiduciaries duties and identifying the assets of the partnership as the trust res over which partners are fiduciaries.”

There is a different result with respect to corporations.  “California’s alter ego doctrine does not explicitly create a trust relationship, either by raising existing legal duties or otherwise … Instead of creating, enforcing, or expounding on substantive duties, California’s alter ego doctrine merely acts as a procedural mechanism by which an individual can be held jointly liable for the wrongdoing of his or her corporate alter ego.”

Thus, “A doctrine which merely supplies an additional judgment defendant after liability exists does not clearly and expressly impose trust-like obligations prior to the creation of that same liability.  Therefore, we cannot conclude, as a matter of federal law, that California’s alter ego doctrine establishes that a corporate debtor’s alter ego is a trustee in that strict and narrow sense required by the Code.”

As a result, the individual, despite a finding of alter ego liability under state law, was not denied his discharge in bankruptcy. “Common-law doctrines – like California’s alter ego doctrine – rarely impose the trust-like obligations sufficient to create a fiduciary relationship under Section 523(a)(4).  Indeed the kinds of trusts typically created by operation of law – constructive, resulting, or implied trusts – never satisfy Section 523(a)(4)’s rigorous requirements.”