Professors Robert Cooter and Bradley J. Freedman analyzed the economic character and legal consequences of the fiduciary relationship.  As discussed below, their strongest point is to explain that not all fiduciary duties are the same – it depends on the nature of the relationship.

As a starting point, they acknowledge that “Legal theorists and practitioners have failed to define precisely when such a relationship exists, exactly what constitutes a violation of this relationship, and the legal consequences generated by such a violation . . . In any of these paradigmatic forms, a beneficiary entrusts a fiduciary with control and management of an asset.  Ideally, for the beneficiary, this relationship would be governed by specific rules that dictate how the fiduciary should manage the asset in the beneficiary’s best interests.”

Employing a law and economics perspective, Cooter and Freedman pose the question: “How can one party be induced to do what is best for another without specifying exactly what is to be done?”

Cooter and Freedman consider how to deter wrongful conduct by the fiduciary.  As they explain, “Once a consensual relationship in which the principal relinquishes control or management of her asset to the agent is formed, the resulting separation of ownership from control or management creates opportunities for the agent to appropriate the asset or some of its value.”

This leads to the first broadly-stated category of wrongful conduct:  misappropriation, or violation of the duty of loyalty.  “Fiduciary law creates a cluster of presumptive rules of conduct compendiously described as the duty of loyalty . . . Taking advantage of these opportunities whether by theft, diversion, conversion, or trespass would violate the agent’s duty of loyalty.”

“Generally, once a fiduciary is shown to have purchased her own asset on behalf of the principal without its consent, either she is held to be disloyal and allowed no defenses, or she has the burden of proving her loyalty.”

The professors suggest that “If the parties to this agreement possessed perfect information, disloyalty could be controlled or prevented by contract.”

In the real world, that is not correct.  It does not matter how much is written into the contract – if the thief wants to commit larceny, the contract won’t stop him. 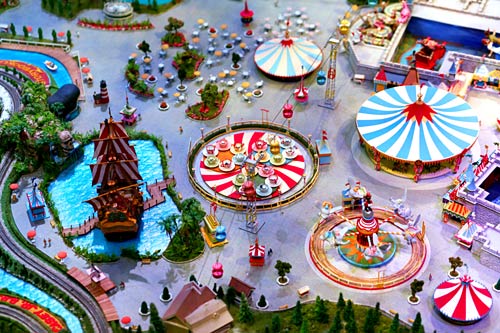 Even more, the fiduciary relationship is a “relational contract,” in which obligations morph over time.  Cooter and Freedman correctly state that, “In fiduciary relationships, however, the parties are unable to foresee the conditions under which one act produces better results than another.  Rather, chance events and unanticipated contingencies require continual recalculation to determine which course of action will be the most productive.”

This leads into the second category of wrongful conduct, “negligent mismanagement, [which is] is governed by the duty of care.”

Here lies the strongest points in the article.  Cooter and Freedman state that “Judgment especially is important when decisions involve an element of risk.  The duty of care imposes an obligation on the fiduciary to avoid unnecessary risk.”

“However, different levels of risk are appropriate in different fiduciary relationships.  For example, a trustee often is required to be prudent and conservative in managing an asset, whereas a director of a start-up company may be encouraged to take risks.”

That is a point that is ignored far too frequently.  Different relationships lead to different fiduciary obligations, which cannot be painted all with the same brush.

“The bundle of duties and rights created by fiduciary law must be adjusted continually in response to changing circumstances and fresh litigation . . . Holding trustees to higher standards than directors makes economic sense because the same legal rule that imposes a light burden on a trustee would impose onerous restrictions upon a director.”