The law is filled with rules.  Rules give guidance to judges.

Sometimes the legal result does not square with the facts.  In Estate of Britel (2015) 236 Cal.App.4th 127, “the court admitted into evidence a DNA test showing a 99.9996 percent probability that the decedent (Amine Britel) was A.S.’s (the child’s) father.”  Yet the court held that the child was not entitled receive any property under the law of intestate succession.  How did this happen?

“As relevant here, if there is no surviving spouse or domestic partner of an intestate decedent, the intestate estate passes to the decedent’s ‘issue’ … For the purpose of determining intestate succession, the relationship of parent and child exists between a person and the person’s natural parents, regardless of the marital status of the natural parents.”

Sounds promising for the child.  But here is where the argument ran ashore.  The mother, Jackie Stennett, “contends biological parents are, by definition, natural parents within the meaning of [Probate Code] section 6450.  Not so.” 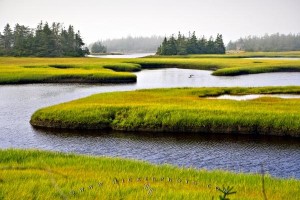 Instead, when child born out of wedlock wants to show he is the natural child of a man who died without leaving a will, the statute requires “clear and convincing evidence that the father has openly held out the child as his own.”  A paternity test administered after death is not sufficient by itself.

Explained the court, “We conclude [the statute] requires an affirmative representation of paternity that is unconcealed and made in open view.  But although the representation must be a public one, in the sense of being made in open view, the statute does not require an announcement to the world, an official action, or an affectionate fatherly intent.  Each case depends upon its own circumstances.”

The court held that Jackie Stennett [the mother] failed to prove “that Amine openly held out A.S. as his own child.”  Hence, the legal result, which does not square with the facts.