Some estate plans make use of a “five-or-five” provision to help reduce the estate tax.  In the recent decision in Estate of Cairns (Sept. 15, 2010) 188 Cal.App.4th 937, the court had to interpret such a five-or-five provision many years after the death of the testator.

As the court explained, “Margaret Cairns executed a will in 1975, and died in 1977.”  The will established a testamentary trust.  The court continued.  “The five-or-five provision of the will [ ] specified: ‘The Trustee shall also pay to my son during his lifetime, from the principal of the trust, such amounts as he may from time to time request in writing, not exceeding in any calendar year, non-cumulatively, the greater of the following amounts: Five Thousand Dollars ($5,000.00) or Five Per Cent (5%) of the value of the principal of the trust, determined as of the end of the calendar year.’”

The trust was administered for many years after the death of Mrs. Cairns.  Eventually, demands were made for trust distribution in periods after the right to receive the funds arose. The court held that such requests were not time-barred.  Explained the court,

The court continued.  “Thus, if the 5 percent distribution is elected, the beneficiary will not even know the amount of the permissible demand until after the calendar year has concluded and an accounting is completed. The beneficiary may often not have adequate information to make a prudent decision as to which five-or-five election – five percent or $5,000 – is appropriate during the calendar year.”

The trustee disputed such interpretation under applicable tax law. The court swept aside these objections, stating “We reject Kenneth’s contention that the trial court’s interpretation of the instrument also is not in accord with applicable provisions of federal tax law.  We deal in the present case with an issue of interpretation of a trust document, which implicates state rather than federal tax law.  Further, Kenneth’s suggestion that under these tax rules, the beneficiary’s right to the disbursement lapses if the power is not exercised, is in keeping with our determination of the meaning of the five-or-five provision.” 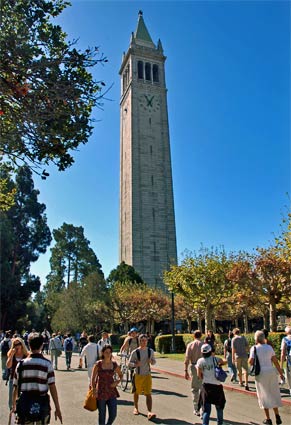 The court made the following findings. “We therefore interpret the five-or-five provision to mean: during his lifetime [the beneficiary] is not required to make a single demand for distribution of principal during each calendar year in which the maximum total amount of the distribution is calculated.”

“He may make multiple written demands for distribution of principal from time to time within a single year, as long as the total amount requested for any single calendar year does not exceed the annual 5 percent or $5,000 maximum.”

Agreed. That’s what the document states.

“The proscription against non-cumulative requests prohibits him from making demands for less than the maximum amount for one calendar year, then seeking to add the amount not requested for that year to the distribution the next year.”

Agreed again. The distributions were to be noncumulative.

“The total maximum distribution amount available to him, whether it is 5 percent or $5,000, is calculated as of the end of each calendar year.”

“And, he must make his demands for distribution before the end of the next calendar year after the determination of the value of the principal of the Trust to avoid the ban against non-cumulative distributions ‘in any calendar year.’”

In the end, a sensible interpretation.