This author has often complained that the trust laws have not kept pace with modern practice as it relates to estate planning.  Estate planning trusts (a.k.a. “living trust”) are used as will substitutes.  The rules pertaining to wills are well known, and are established by case and by code.

The recent decision in Estate of Giraldin (Sept. 28, 2011) 2011 DJDAR 14642 fully reinforces the proposition that an estate planning trust is a will substitute, and that no duties are owed to the heirs or beneficiaries prior to the death of the trustor.  The same result applies in connection with a will – an heir cannot sue on the ground that the testator sold or gifted property owned by the testator before death, such that the property was not included in the estate after death.

Bill Giraldin was a savvy investor, with a fortune worth $6,000,000 or more before his death.  He placed his assets into his estate planning trust.  The trust was fully revocable and/or amendable by him during his lifetime.  He appointed one of his sons to act as trustee.  (Nine children qualified as future beneficiaries under the trust.  Later, four filed suit.)

Needless to say, the SafeTzone investment went badly, “and by the time Bill died in May of 2005, the family trust’s stake in the company was worth relatively little.”  In response, four children sued Tim for breach of his fiduciary duties, alleging that the investments he made as trustee during his father’s lifetime were in violation of the fiduciary duties owed to them as successor beneficiaries under the trust.

Comment – The court found that Bill invested in SafeTzone of his own free will, and was not unduly influenced by Tim, the trustee. 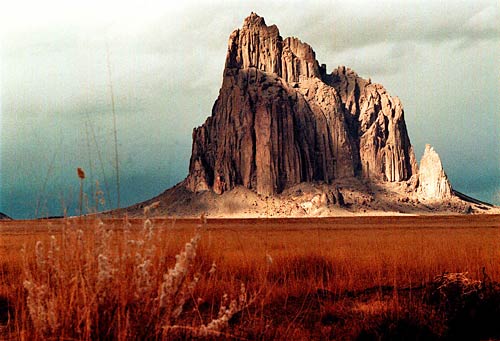 Tim lost badly at trial, but the appeal court fully vindicated him.  Specifically, the court of appeal focused “on the question of whether respondents have standing to maintain claims for breach of fiduciary duty and to seek an accounting against [Tim] based upon his actions as trustee during the period prior to Bill’s death.”

The court’s analysis was as follows.  “In this case, the family trust was revocable by Bill during his lifetime, and thus Tim’s duties as trustee were owed solely to Bill, as settlor, and not to respondents …As explained by our Supreme Court, ‘property transferred to, or held in, a revocable inter vivos trust is deemed the property of the settlor.’”

The court continued.  “A settlor with the power to revoke a living trust effectively retains full ownership and control over any property transferred to that trust.  Any interest that beneficiaries of a revocable trust have in trust property is merely potential and can evaporate in a moment at the whim of the settlor.”

As explained by the court, “statutes recognize that when property is held in a revocable trust, the settlor and lifetime beneficiary has the equivalent of full ownership of the property.  Thus, during Bill’s lifetime, Tim’s duties as trustee were owed solely to Bill – the settlor with the power to revoke – and not to respondents. Instead, respondents occupied a position analogous to heirs named in a will.

“Revocable living trusts are merely a substitute for a will.  And just as a will ‘speaks’ only as of the date of the testator’s death, a revocable trust confers enforceable property interests to the beneficiaries only at the time it becomes irrevocable. Prior to that time, those beneficiaries have no rights to the trust property, and thus no say in how it is managed.”

The court made plain its position.  “In our view, the statute supports the conclusion beneficiaries lack standing – ever – to assert claims based upon conduct occurring during the settlor’s lifetime.”

Also, Tim owed no “duty” to stop his father from making an “unwise” investment.  “That was not a claim Bill himself could have brought. ‘Stop me before I do something I’ll regret’ is not a recognized cause of action, even against the trustee of one’s revocable trust …

“Bill remained legally entitled to do what he wanted with the trust assets – which were effectively his own property – including doing financially risky or downright stupid things. No one – including Tim – had the authority to stop him. Thus, in the absence of an adjudication of Bill’s incompetency, we cannot discern any legal basis on which Bill might have justified holding Tim liable for carrying out Bill’s own wishes with regard to the assets in the family trust – even if those wishes appeared to be objectively unreasonable.”

Such a sound and well-reasoned opinion is welcome in an area that suffers from needless confusion.