In a recent and closely reasoned opinion, the 5th District Court of Appeal from Fresno held that a claim of fraud could go to trial, even if the alleged fraud was controverted by the language of the written agreement between the parties.  There are points in the opinion for discussion, but let’s start with the issue presented.

Stated the court, “Plaintiffs’ complaint alleged causes of action including fraud[.]  Plaintiffs alleged they signed a written agreement with defendant, but they were induced to do so by defendant’s oral misrepresentations of the terms contained in the written agreement, made at the time of execution of the agreement.”

The trial court granted summary judgment for the defendant “after ruling that plaintiffs’ evidence of misrepresentations was inadmissible pursuant to the parol evidence rule.”  The court of appeal reversed.

Plaintiffs “alleged that, two weeks prior to their execution of the written forbearance agreement, defendant’s senior vice president, David Ylarregui, met with them and represented defendant would agree to forbear from collection for two years if plaintiffs would pledge two orchards as additional security.”

The court started its review by noting that, “An integrated contract is a complete and final embodiment of the terms of an agreement . . . Whether a writing is an integration is a question of law, which we review de novo.  We agree that the forbearance agreement is an integrated agreement, to which the parol evidence rule applies.”

This finding did not protect the lender.  The court said there are different kinds of fraud.  In the case of “promissory fraud, “ being “a false promise directly at variance with the terms of the written agreement,” parol (extrinsic) evidence is generally not admissible.

Thus, “Parol evidence of promissory fraud is only permissible in the case of a promise to do some additional act which was not covered by the terms of the contract.  [When] the alleged false promise related to the identical matter covered by the written agreement and directly contradicted the plain language of the guarantee, evidence of the oral statements was properly stricken as incompetent.”

However, court found a different specie of fraud, recognizing that “a distinction between promissory fraud and misrepresentations of fact over the content of an agreement at the time of execution is a valid one.”  Stated otherwise, “Where failure to read an instrument is induced by fraud of the other party, the fraud is a defense even in the absence of fiduciary or confidential relations.” 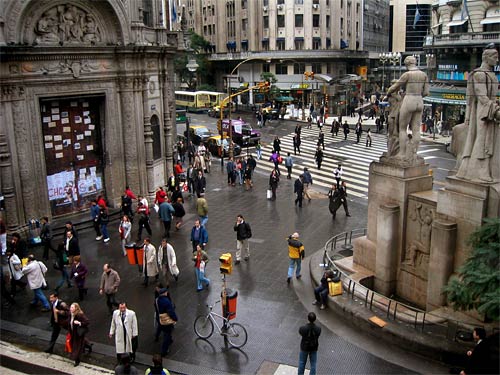 Accordingly, “parol evidence of a prior promise made without any intention of performing it that directly contradicts the provisions of the written contract must be distinguished from parol evidence of a contemporaneous factual misrepresentation of the terms contained in a written agreement submitted for signing.”  This becomes “fraud in the procurement,” as distinguished from “promissory fraud.”

Added the court, “Relief based on this type of fraud would not be available in every case.  It would be available only when one party made a false statement about the terms contained in the contract after the written contract was prepared, and the other party reasonably relied on that statement and was thereby induced to sign the written contract without discovering that the actual provisions were not as represented.”

The decision is carefully reasoned and based on long-established precedent.  Yet, this author finds one gap.  Fraud requires proof of reasonable reliance.  Case law holds that there is no fiduciary relationship between a borrower and a lender – they occupy an arm’s length business relationship.

The court passed by this issue glancingly, recognizing “the need to prove the element of reasonable reliance” and adding that, “In light of the general principle that a party who signs a contract cannot complain of unfamiliarity with the language of the instrument, the defrauded party must show a reasonable reliance on the misrepresentation that excuses the failure to familiarize himself or herself with the contents of the document.”

We don’t know, and thereby hangs the tail.