Continuing his recent discussion of fault in contract law, Judge Posner explains that,

“The idea of ‘good faith’ is an example.  We generally want people to be honest and aboveboard in their dealings with others.  But there is no general duty of good faith in contract law.  If you offer a low price for some good to its owner, you are not obliged to tell him that you think the good is underpriced – that he does not realize its market value and you do. 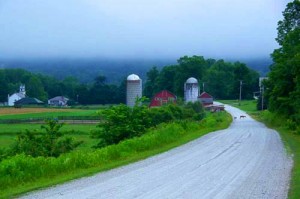 “You are not required to be an altruist, to be candid, to be a good guy.  You are permitted to profit from asymmetry of information.  If you could not do that, the incentive to discover information about true values would be blunted.  It is an example of the traditional economic paradox that private vice can be public virtue.”

True, and eloquently stated.  The principle of capitalism is that a person should be able to profit from skill and knowledge.  Continuing his analysis, Judge Posner explains his view the duty of god faith in contract law, stating that,

“There is a legally enforceable contract duty of ‘good faith,’ but it is just a duty to avoid exploiting the temporary monopoly position that a contracting party will sometimes obtain during the course of performance.”

Thus, “More often than not the parties to a contract do not perform their contractual duties simultaneously, and so one party may unavoidably deliver himself into the power of the other party for a time during the performance of the contract.  [Take this example.]  A may agree to build a swimming pool for B, and B may agree to pay A upon completion.  Suppose that when A has finished, B refuses to pay the agreed-upon price because he knows that A is desperately short of cash and will agree to a reduction in the contract price, having no possible source of cash other than B.  A’s cash shortage, coupled with his having completed performance before B has begun and his having no alternative source of cash, gives B a monopoly position as A’s financier; monopoly is inefficient and so a modification of the contract to lower its price will not be enforced.”

Yes, but, isn’t this conduct bad faith in performance?  If so, should the law award extra-contractual damages for violation?  Judge Posner continues, citing from his opinion in Market Street Associates v. Frey, 941 F.2d 588 (7th Cir. 1991):

“In all these examples the duty of ‘good faith’ arises after the contract has been formed; that is why it is properly called the duty of good faith in performing a contract.  If I may be permitted to quote again from my opinion in the Frey case:

“Before the contract is signed, the parties confront each other with a natural wariness.  Neither expects the other to be particularly forthcoming, and therefore there is no deception when one is not.

“Afterwards the situation is different.  The parties are now in a cooperative relationship the costs of which will be considerably reduced by a measure of trust.  So each lowers his guard a bit, and now silence is more apt to be deceptive . . .

“As performance unfolds, circumstances change, often unforeseeably; die explicit terms of the contract become progressively less apt to the governance of the parties’ relationship; and the role of implied conditions and with it the scope and bite of the good-faith doctrine grows.”

We see the analysis heading toward the territory of the fiduciary, in which neither party may take action to deprive the other of the benefit of the bargain.  The question is, If the action by the contract-breaker is intentional, after the other party has become vulnerable, should the law respond more harshly?  Judge Posner says no – but on a societal level, why should this be the rule?