A decision handed down this month involved an all-too-common situation.  In King v.  Johnson, 2009 DJDAR 15871 (Nov. 9, 2009), the husband provided for a testamentary trust.  After the husband’s death in 1991, his widow became the trustee.  The widow later suffered from declining health.  One of the daughters was apparently close to her mother.  The daughter influenced the widow to transfer property out of the trust.

Stop me if this story sounds familiar.  The widow also took out a personal loan secured by the property she transferred out of trust.  When the loan went into delinquency, the lender foreclosed and took title to the property.  Not surprisingly, the daughter benefitted from this arrangement, as she inherited 100% of the widow’s separate property, but held only a 30% interest in the former trust property. 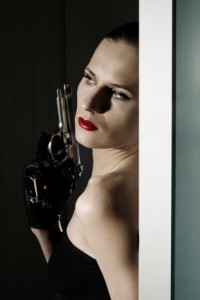 Another child, who was also a beneficiary under the trust, brought an action against daughter based on these facts.  The trial court found that “[daughter] actively participated in [widow’s] breaches of fiduciary duty . . . Specifically, the court found that [daughter] was involved in the transactions that resulted in [widow] transferring property out of the trust without consideration at a time when [widow] was in failing physical and mental health, and that [daughter] exercised undue influence over [widow] with regard to these transactions.”

However, the trial court found that plaintiff lacked standing, because a successor trustee had been appointed.  On appeal, the decision was reversed in favor of the aggrieved beneficiary.

The appellate court explained that, “As a general rule, the trustee is the real party in interest with standing to sue and defend on the trust’s behalf.  Conversely, a trust beneficiary cannot sue in the name of the trust.”

This rule did not preclude the action against the daughter.  Thus, “a trust beneficiary can bring a proceeding against a trustee for breach of trust.  Moreover, it is well established [ ] that a trust beneficiary can pursue a cause of action against a third party who actively participates in or knowingly benefits from a trustee’s breach of trust.”

In this case, a successor trustee had taken office, and he had not sued daughter for her wrongful acts.  The court expressly held that “a beneficiary may bring a claim against a third party who participated in a trustee’s breach of trust, despite the appointment of a successor trustee.”

Explained the court, “Ordinarily, when a third party acts to further his or her own economic interests by participating with a trustee in such a breach of trust, the beneficiary will bring suit against both the trustee and the third party.

Even more, the court held that “evidence of a conspiracy is [not] required in order to hold a third party liable for participating in or benefitting from a trustee’s breach of trust . . . Although the trial court in this case determined that [plaintiff] had not proved the existence of an actual conspiracy between [widow] and [daughter], this is of no consequence to [the beneficiary’s] standing to bring a claim against [daughter] for [her] role as a third-party participant in [widow’s] breach of trust.”

The court also addressed the liability of the daughter for her conduct as de facto trustee after her mother’s death.  During this period, the daughter collected rents for which she did not account.  This conduct also gave rise to a claim against the daughter.

Explained the court, “a trustee de son tort [is] a person who is treated as a trustee because of his wrongdoing with respect to property entrusted to him or over which he exercised authority which he lacked.”

Added the court, “It is a well settled rule in the law of trusts that if a person not being in fact a trustee acts as such by mistake or intentionally, he thereby becomes a trustee de son tort . .  A person may become a trustee by construction, by intermeddling with and assuming the management of property without authority.

“Such persons are trustees de son tort just as persons who  assume to deal with a deceased person’s estate without authority are administrators de son tort.  During the possession and management by such constructive trustees they are subject to the same rules and remedies as other trustees.”

Proof yet again that trusts can be a hotbed for litigation.  The lack of court supervision over an estate can lead family members to take advantage of the situation.  This court drew a firm line against such wrongful conduct.