The Fourth District Court of Appeal held in Le vs. Pham,  2010 DJDAR 297 (January 6, 2010) “that where the bylaws of a pharmacy corporation provide that one stockholder must give another a right of first refusal on the sale of any stock, it is a breach of fiduciary duty for the selling stockholder to attempt to sell to a third party in violation of the right of first refusal.” 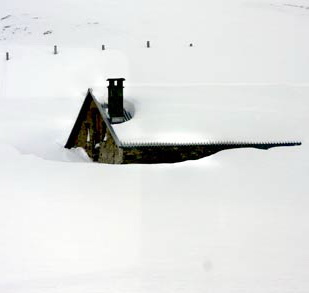 To be sure, the Les did wrong by Pham, their fellow shareholder.  “Le and his wife owned 50 percent of the corporate shares of Newland Pharmacy, while Pham owned the other 50 percent. They also had a department dedicated solely to handing out prescription discounts to patients. Corporate bylaws obligated the Les to give Pham written notice of any intent to sell or transfer.  The bylaws also gave Pham a right of first refusal on any sale based on that notice of intent.”

The Les wanted to sell their stock and “gave written notice to Pham (by certified mail) of their intent to sell their 50 percent share to Paul and Kimngang Hoang for a total of $70,000, cash at transfer.”  The Phams replied by stating that they needed 30 days to review the proposal.

The Les did not wait but instead sold their stock, however, neither at the price nor on the terms set forth in the notice.  Instead, “the Les sold their shares [for]$24,000, considerably less than the $70,000 offered to Pham.  Nor was it a cash sale.  The Hoangs [buyers] were allowed to make installment payments on the $24,000.”

OK.  Breach of contract through and through.  Further, the sale caused problems with the Board of Pharmacy, as “Hoang [the buyer] did not file a change of ownership form with the California Board of Pharmacy, an omission which prompted a ‘cease and desist’ order from the board that closed the pharmacy down for about three months beginning in March 2007.”

Not content with this set of problems, “the seller and the buyer sued the other shareholder [Pham], contending that the transfer was valid in accordance with Newland Pharmacy’s bylaws.”

Pham prevailed on the complaint at trial.  “The court, in its statement of decision, ruled that the Les’ attempted transfer of shares to the Hoangs was null and void because it did not comply with the corporate bylaws.  It was obvious, after all, that the Les had attempted to sell the shares to the Hoangs for a better price ($24,000 as distinct from $70,000) and on better terms (installments rather than cash) than had been offered Pham in the notice of intent to sell.”

Pham, the other shareholder, countered with cross-complaint for breach of fiduciary duty, which is where it gets interesting.  According to the court, “as a matter of common law, we divine a public policy in favor of the strict enforcement of the corporate bylaws of pharmacy corporations restricting transfers of shares in such corporations. . . The statutes and regulations just mentioned reflect a public policy, ala Snyder’s Drug Stores, seeking a reasonably snug fit between the ownership of pharmacies and their control by licensed pharmacists.”

“Having ascertained a public policy in favor of control of pharmacies by licensed pharmacists, we apply California corporate common law involving protection of vulnerable stockholders from other stockholders who have the power, by the choice of to whom shares will be sold, to affect the actual conduct of the corporation.”

Why take this step?  The contract already protects the remaining shareholder.  There is no need to search for new law.

Here’s where the court takes a leap.  “The common law has involved fiduciary duties imposed on majority or controlling shareholders.  In this case, however, it is not the quantum of shares owned by the Les that made Pham as vulnerable as any minority shareholder in a close corporation, but the fact that, by circumventing the bylaws, the Les could adversely affect, as Justice Traynor put it in Ahmanson, the ‘proper conduct of the corporation’s interest.’”

OK, so which duty was violated?  The duty not to take advantage of a corporate opportunity?  The duty of loyalty? (Remember that “the primary duty of the fiduciary is to receive the res and manage it for the benefit of the cestui.  This is the fiduciary’s duty of management.”) The court does not say, instead painting broadly (and carelessly) with a generic “fiduciary duty.”

Thus, the court reasoned that, “it is clear that a fiduciary duty was violated by that attempted transfer, based on mutual vulnerability in which the stockholders found themselves.  By unilaterally [ ] selling to the Hoangs and effectively excluding Pham from the process, the Les jeopardized the ‘proper conduct’ of the business and unilaterally deprived Pham of an important right given her by the corporate bylaws:  the right to control who were her ‘partners’ in a regulated professional corporation.”

That’s sloppy legal reasoning.  Fiduciary duties are gap fillers, applied to regulate dealings between persons in a close relationship.  The sellers breached the contract, and the remedies for breach of contract were adequate to make the other shareholder whole.  The court did not need to reach for a “fiduciary duty” based on a “duty of good faith and fairness.”  This result leads only to ambiguity and imprecise analysis.