A growing body of case law during the past 20 years has addressed the issue of whether and when corporate directors owe fiduciary duties to creditors.  A California appellate court has finally weighed in on this issue, and provided clear guidance on the question.  (We can only hope that the California Supreme Court will not to take the case up for review, because they are sure to muddy the waters.)

In Berg & Berg Enterprises, LLC v. Boyle (Oct. 29, 2009) 2009 DJDAR 15513, the court of appeal explained that “Berg & Berg Enterprises, LLC is the largest creditor of the failed Pluris, Inc. . . . The thrust of Berg’s claim, as finally pleaded, was that the individual directors owed a fiduciary duty to Berg and other Pluris creditors on whose behalf Berg is purportedly proceeding.” 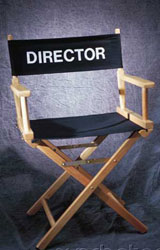 The trial court sustained demurrers to the complaint without leave to amend, which ruling was affirmed.  The appellate court gave a good, clear analysis of the issue, explaining that, “it is without dispute that in California, corporate directors owe a fiduciary duty to the corporation and its shareholders and now [ ] must serve ‘in good faith, in a manner as such director believes to be in the best interests of the corporation and its shareholders.’”

The court explained that the potential fiduciary obligations owed by corporate directors to creditors arose from an unpublished 1991 Delaware decision involving the leveraged buyout of MGM, “which laid the ground for the insolvency exception to the general rule that directors owe exclusive duties to the corporation and its shareholders, but not to shareholders.”

The question involves what duties are owed by corporate directors to unpaid creditors when the corporation is insolvent.

The Berg & Berg court squarely held that, “under the current state of California law, there is no broad, paramount fiduciary duty of due care or loyalty that directors of an insolvent corporation owe the corporation’s creditors solely because of a state of insolvency [ ].  And we decline to create any such duties, which would conflict with and dilute the statutory and common-law duties that directors already owe to shareholders and the corporation . . .

“We accordingly hold that the scope of any extra-contractual duty owed by corporate directors to the insolvent corporation’s creditors is limited in California, consistent with the trust-fund doctrine, to the avoidance of actions that divert, dissipate, or unduly risk corporate assets that might otherwise be used to pay creditors’ claims.  This would include action that involves self-dealing or the preferential treatment of creditors.”

The court further held that a finding of actual insolvency is needed to trigger these duties, rather then the amorphous “zone or vicinity of insolvency.”  Thus, the court held that “there is no fiduciary duty prescribed under California law that is owed to creditors by directors of a corporation solely by virtue of its operating in the ‘zone’ or ‘vicinity’ of insolvency.”

(Note that the court also observed that “there are multiple definitions of insolvency,” adding that “a finding of insolvency by the standard of the debtor not paying debts when they become due requires more than merely establishing the existence of a few unpaid debts.”)

Thus, the court held that, “under the trust-fund doctrine, upon actual insolvency, directors continue to owe fiduciary duties to shareholders and to the corporation but also owe creditors the duty to avoid diversion, dissipation, or undue risk to assets that might be used to satisfy creditors’ claims.”

Explained the court, “in most cases, the presumption created by the business judgment rule can be rebutted only by affirmative allegations of fact which, if proven, would establish fraud, bad faith, overreaching or an unreasonable failure to investigate material facts . . . The failure to sufficiently plead facts to rebut the business judgment rule or establish its exception may be raised on demurrer, as whether sufficient facts have been so pleaded is a question of law.”

I for one do not support the expanding toward “tortification” of business law.  The decision in Berg & Berg is a step in the right direction.  The court gives clear guidance, holding that the fiduciary obligations of directors to creditors arise only when the corporation is actually insolvent, and then only when the creditors can plead facts showing that the actions of the directors were in violation of the business judgment rule.  The court also held that it will not intervene in the “ill-defined sphere known as the zone of insolvency.”

This case marks the second published appellate opinion driven by the unpaid creditor.  (The prior opinion is Berg & Berg Enterprises, LLC v.  Sherwood Partners (2005) 131 Cal.App.4th 802.)   Considering that legal counsel included O’Melveny & Myers and Winston & Strawn, it is almost certain that the legal fees to date in this dispute exceed $1 million.

Here’s a point that seems somewhat unfair.  The trial judge based his decision on an unpublished 2006 trial court decision from the federal district court for the Northern District of California.

The problem for trial attorneys is that we cannot cite unpublished opinions as authority in our briefs.  It seems incongruous to have a trial court make a decision based on an unpublished federal court ruling, then have that unpublished ruling cited with approval by the California appellate court.

This problem arises because the two major legal publishers – Lexis and West – continue to make unpublished decisions available via their websites.  When these unpublished decisions become part of the database, it becomes very tempting to cite them, notwithstanding the California Rules of Court.  In this case, the trial court and the appellate court found the temptation to great to resist.