The trend in the courts has been to reduce the legal theories available to persons who suffered losses during the mortgage meltdown.  Traditional theories based on breach of contract, fraud, and promissory estoppel, remain viable causes of action.

Yet the more exotic theories seeking to impose liability have been narrowed and often eliminated.  Such is the case in Bank of America v. Superior Court (Paul Ronald) (August 25, 2011) 2011 DJDAR 12942.  In the Paul Ronald action, the plaintiff sought to hold Bank of America, as successor-in-interest to Countrywide Mortgage, liable for the general decline in property values triggered by Countrywide’s bad lending practices.  The court would have none of it.

According to the complaint, “Countrywide’s founder and CEO, Angelo Mozilo determined that Countrywide could not sustain its business ‘unless it used its size and large market share in California to systematically create false and inflated property appraisals throughout California.  Countrywide then used these false property valuations to induce Plaintiffs and other borrowers into ever-larger loans on increasingly risky terms.’

The complaint continued.  “Mozilo knew ‘these loans were unsustainable for Countrywide and the borrowers and to a certainty would result in a crash that would destroy the equity invested by Plaintiffs and other Countrywide borrowers.  Mozilo and others at Countrywide ‘hatched a plan to ‘pool’ the foregoing mortgages and sell the pools for inflated value.  Rapidly, these two intertwined schemes grew into a brazen plan to disregard underwriting standards and fraudulently inflate property values.’”

Unfortunately, those allegations describe the general problems that swept through the mortgage industry.  “This writ petition relates solely to plaintiffs’ cause of action for fraudulent concealment.”

The trial judge noted the scope of the issue presented to it.  On January 11, 2011, the matter came on for hearing.  At the outset, the trial court indicated, “the issues presented by the many plaintiffs in this case as against their current mortgage lender and/or loan servicer are part of a larger socioeconomic problem that confronts our society in California and all of the other states in this union, an issue of great concern to the U.S. Congress, state Legislature, and the bank regulators, given that in our banking system the banks are insured by the full faith and credit of the United States government for all intents and purposes, so the continued solvency of the banking industry as a whole is a matter of intense interest to the U.S. Congress as well as the central bank.”

That’s the real problem.  This is not a matter that should be dumped into a trail court.  Our entire justice system has shrugged its shoulders and refused to impose liability on anyone for the manipulations that developed into the mortgage crisis.  Shame on us. 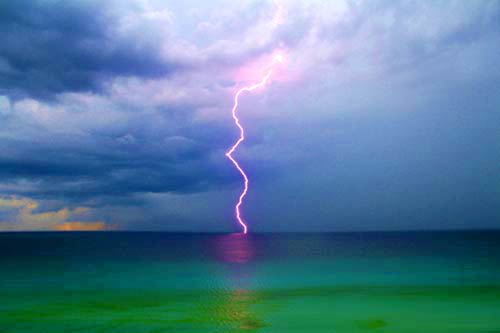 It seems there are some 20 cases rolling around in Los Angeles and Orange Counties based on the same charging allegations.  As explained by the court of appeal, “We conclude the plaintiffs/borrowers cannot state a cause of action against Countrywide for fraudulent concealment of an alleged scheme to bilk investors by selling them pooled mortgages at inflated values, the demise of which scheme led to devastated home values across California.”

Explained the court, “we conclude that while Countrywide had a duty to refrain from committing fraud, it had no independent duty to disclose to its borrowers its alleged intent to defraud its investors by selling them mortgage pools at inflated values.”

More specifically, “Due to the generalized decline in home values which affects all homeowners (borrowers of Countrywide, borrowers who dealt with other lenders, and homeowners who owned their homes free and clear), there is no nexus between Countrywide’s alleged fraudulent concealment of its scheme to bilk investors and the diminution in value of the instant borrowers’ properties.”

Further, the court noted that the complaint embraced a general decline in property values across the state.  “Irrespective of whether a homeowner obtained a loan from Countrywide, or obtained a loan through another lender, or whether a homeowner owned his or her home free and clear, all suffered a loss of home equity due to the generalized decline in home values.  That being the case, there is no nexus between the alleged fraudulent concealment by Countrywide and the economic harm which these plaintiffs/borrowers have suffered.”

The final holding – “We merely conclude plaintiffs failed to state a cause of action against Countrywide for fraudulent concealment of its alleged scheme to bilk investors by selling collateralized mortgage pools at an inflated value, the demise of which led to a generalized decline in California residential property values.”

This writer is as upset about the mortgage debacle, and the refusal of governmental authorities to take action, as anyone else.  But the right place for action is the Department of Justice, or the Securities and Exchange Commission, not a trial court.

Most commendable is the speed at which the court issued this decision.  The lawsuit was filed in March 2009.  The trial court issued its order dismissing the claim for fraudulent concealment on January 11, 2011.  This writ proceeding was resolved by decision entered on August 25, 2011.  Justice is not always delayed.