Prof. Larry E. Ribstein from the University of Illinois School of Law, a leading scholar on business entities, has given considerable thought to the concept of fiduciary duties.  When this author thinks of fiduciary duties, he thinks of three broad obligations – care, confidentiality, and impartiality.

Prof. Ribstein, in a recent article, seeks a unified fiduciary standard centered in the entrustment of property by one person to another.  More precisely, Prof. Ribstein’s “definition [of a fiduciary relationship] focuses on the particular type of entrustment that arises from a property owner’s delegation to a manager of open-ended management power over property without corresponding economic rights.”

This interpretation makes a great deal of sense, because it focuses on the situations in which a fiduciary relationship may be said to arise.  We look a transfer of control or management to a third party, in which the third-party is not subject to contractual restraints on misconduct.  In this way, the law of fiduciary duties seeks to restrain misconduct by managers who otherwise may not be held accountable.

While I applaud Prof. Ribstein’s coherent frame to determine when fiduciary relationships may be said to exist (more on this below), this author does not fully endorse his definition of fiduciary duties as consisting solely of “the strict fiduciary duty of selflessness.”  Prof. Ribstein adds that, 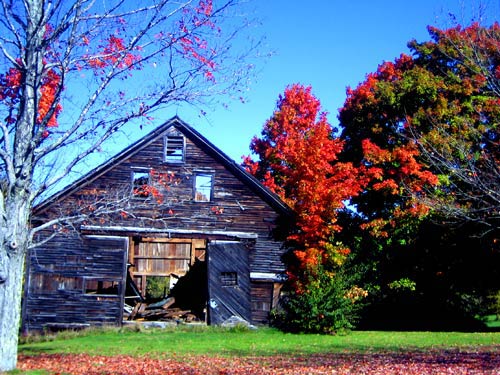 Yet this author disagrees with the conclusion that, “The fiduciary duty of unselfishness should be distinguished from duties that can exist outside the fiduciary setting, including the duties of care, good faith and fair dealing, and to refrain from misappropriation.”  The fact that these duties can be said to overlap with other obligations at law does not mean that we should exclude them from the list of duties found applicable once a fiduciary relationship is established.

Returning to issues of management and control, Prof. Ribstein argues that, “Although partners, majority shareholders and creditors may control the firms in which they invest, this control is not necessarily open-ended enough to warrant fiduciary treatment. The control exercised by ownership factions often is carefully negotiated and limited to the power to approve major transactions and, in corporations, to elect directors …

“It follows from this analysis that partners do not have fiduciary duties merely as such …Even a partner who contributed most of the funding may be outvoted by two service-only partners under the one-partner-one-vote partnership default rule.”

This is a well-reasoned point, and explains why fiduciary obligations are (or should be) imposed only in limited situations: “Managers’ and directors’ wide discretion to control this residual justifies their strong fiduciary duty of unselfishness to shareholders.”

Continuing this theme, Prof. Ribstein articulately argues that a person who provides advice, but who does not hold management powers, should not be bound by fiduciary standard.  “One who is only an advisor or professional sells advice, not management … The client purchases the advice… Applying fiduciary duties to all advisors and professionals therefore would be unrealistic and would dilute the concept of fiduciary duties.”

“Contrast this situation with the fiduciary context. One who decides not only to obtain advice from an expert but to entrust her property to the expert’s management ceases to make her own decisions concerning whether and how much to rely on each of the fiduciary’s judgments. This open-ended delegation of control to the fiduciary calls for more than just disclosure of material facts.”

This is a thoughtful piece, with its sage recommendation that “The usefulness of the fiduciary duty depends on its being kept in a corral rather than set loose to roam broadly among commercial relationships where it does not belong.”