Legal scholar John Langbein addresses a question that has been on my mind – When did trust agreements evolve from classic fiduciary relationships into will substitutes? 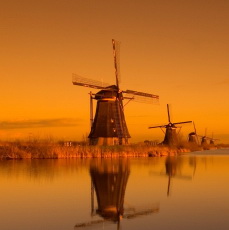 The answer is – a long time ago.  Explains Prof. Langbein, “Trust law is an ancient field.  The enforcement of trusts in the English court of Chancery can be traced back to the late fourteenth century, and there is some indication that the courts of the English church may have been enforcing trusts even earlier.”

Trusts have long been used to circumvent probate administration.  Thus, “The trust originated as a device for transferring real property[.]  Trust conveyancing allowed an owner to escape the medieval rule, which lasted into the seventeenth century, that freehold land was not devisable.”

Stop right there.  Land in the feudal English system could not be conveyed by will, which restriction lasted into the 1600s.  Instead, “land that was transferred on death had to descend by intestacy rather than pass by will.”

Such transfers were subject to many restrictions.  “A widow was restricted to the one-third life estate called dower; primogeniture awarded the entire remaining estate to the eldest male heir if any; transfer taxes known as feudal incidents were exacted when an heir succeeded to an ancestor’s estate; and minors and unmarried females suffered further disadvantages in heirship.”

For this reason, attorneys several hundred years ago employed a trust to evade the limitations established by law.  Prof. Langbein notes that, “Trust conveyancing deftly evaded this medieval law of succession.  The owner of land, the person whom we now call the settlor, would transfer the land to a trustee or trustees, who were commonly relatives or gentlemen friends, subject to trust terms that functioned like a will.”

Of course, the trust only works if some court will enforce it after the settlor’s death, which was the early purview of the ecclesiastical courts.   “There is nothing novel [ ] about our modern understanding that a trust can function as a will substitute.  What is new is that the characteristic trust asset has ceased to be ancestral land and has become instead a portfolio of marketable securities.  Long into the nineteenth century, the trust was still primarily a branch of the law of conveyancing, that is, the law of real property . . . The modern trust, by contrast, is primarily a management device for assembling and administering a portfolio of financial assets . . . as the predominant form of personal wealth.”