Let’s continue the discussion regarding rules of fault in contract law.  This series is from a law review article written by Professor George M. Cohen, who first notes that:

“The economic justification starts from the same premise as the traditionalist justification – that courts should enforce agreements according to the parties’ mutual intentions.  [Thus,] the strict liability paradigm permeates classical contract law.  Usually, however, the explicit label ‘strict liability’ appears only in connection with the doctrines of performance and breach.”

Prof Cohen is absolutely correct on this count.  Considering the three time frames in a contract – formation, performance, and breach – issues of “fault” really make sense only in connection with performance and breach.

Prof. Cohen continues.  “Under these doctrines, failure in any way to perform a contract breaches the contract, and subjects the breaching party to liability, regardless of fault.  The paradigmatic case is a seller who delivers goods that fail in any respect to conform to the contract.”

“An aggrieved party who can prove breach is entitled to compensation, which contract law generally defines as protecting the expectation interest.  In short, the reason for nonperformance does not matter.” 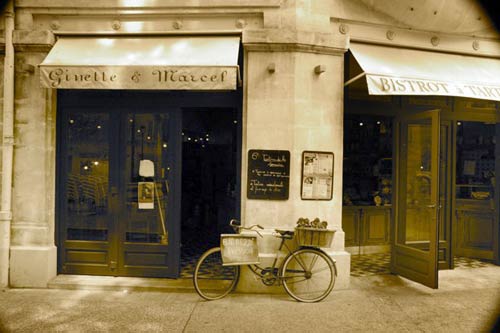 Yet, in contract law, sometimes it does.  It can depend on the relationship of the parties.  “A traditionalist justification of strict liability must defend the proposition that the parties generally intend that the reason for nonperformance does not matter.  That proposition is, however, contestable, as discussed below.”

Prof. Cohen wants to look to intent, not to the relationship of the parties.  He explains that, “Under both the traditionalist and economic justifications, the argument for strict liability is stronger if mutual intent is easily determined and clearly distinguishable from fault.”

He warns that, “Adopting a fault-based system of contract law in those circumstances would lead to illegitimate social judgments by courts on the traditionalist view, and result in inefficient contracting around or failures to contract on the economic view.”

When, then should fault be considered?  “Determining disputed mutual intent is inherently uncertain.  Mutual intent is an ideal.  Contracting parties attempt to express mutual intent, often in writing, but do so imperfectly.  Contracts are largely a set of private rules, and all rules require interpretation, stories that explain their meaning in a particular situation.”

Now we return to relationships and their unfair exploitation.  “As unanticipated situations arise, disputes requiring interpretation inevitably occur.  The objective theory presumes that when one party manifests some intent and then later asserts a different intent, either he negligently or intentionally misled the other party originally, or is acting opportunistically now.”

Here follows a tremendous observation.  “Parties generally resolve these disputes on their own, often driven by reputational concerns.  When these efforts fail, they bring their disputes to court.  In litigated cases, the parties typically contest the requirements of mutual intent . . . But the uncertainty of intent blurs this dichotomy.  When intent is uncertain, fault can help inform intent in a variety of ways.  Most obviously, parties may expressly use fault concepts in their contracts, such as best efforts and good faith clauses, which essentially invite courts to make fault-based judgments in the event of a dispute.”

Prof. Cohen concludes by noting that, “With respect to contract damages, I have previously argued that the choice among different measures of damages (expectation, reliance, and restitution), as well as the limitations on expectation damages, are best understood as doctrines enabling courts to make relative fault assessments.  In fact, damages doctrines are best suited to dividing liability when both parties are at fault.  In light of this crucial role of damages in facilitating relative fault assessments, the resistance of courts to ‘penalty clauses,’ which preclude such assessments, is eminently sensible, despite the continued objection of many economic scholars.”