The law of eviction, or unlawful detainer, has roots that extend back hundreds of years.  Here in California, where everyone has the opportunity to make a fresh start, we sometimes forget the past and how it affects our laws.

Yet in eviction, which is properly referred to as “unlawful detainer,” the historical underpinnings are quite plain.  Unlawful detainer is concerned with the possession of real property and is described as a “summary remedy.”  In contrast, an action to determine title to real estate is known as a “quiet title” proceeding, and involves the full trial process.

This distinction between an action for possession and an action for title existed in feudal England.  Legal historian R.C. Van Caenegem, in a series of lectures compiled in The Birth of the English Common Law (Cambridge Univ. Press 1973), explained how these two legal actions were established under King Henry II (1133–89), who reigned from 1154.

It is astonishing to note how closely the forms of action that existed almost 900 years ago parallel those that we use today in California.  Prof. Van Caenegem begins by noting that, “The assize and the action based on it offered protection of tenure, i.e. the peaceful possession and exploitation of free land, at a time when land was the essential form of wealth, the basis of almost everyone’s livelihood and the great source of power and prestige.”

Let’s pause.  It was important for the King to maintain peace in his kingdom.  Acts of self-help to regain possession of real property were likely to lead to violent responses.  The use of the courts, and a ban on self-help, helped preserve peace.  We continue to follow this rule to this day.

Prof. Van Caenegem continues.  “The classic action of novel disseisin, a fruit of Henry II’s reign, was the culmination of a very long royal preoccupation with seisin, witnessed by numerous orders to restore possession, with or without certain forms of judicial enquiry.”

“It was not the preoccupation with seisin that was new, but its systematic judicial form in the hands of the royal justices and the fact that it was now at the disposal of all free men.  Seisin and the protection of seisin – as opposed to right and the lawsuits connected with it – were very old notions, with roots in Germanic gewere, feudal vestitura and ecclesiastical ideas . . . of the early Middle Ages.” 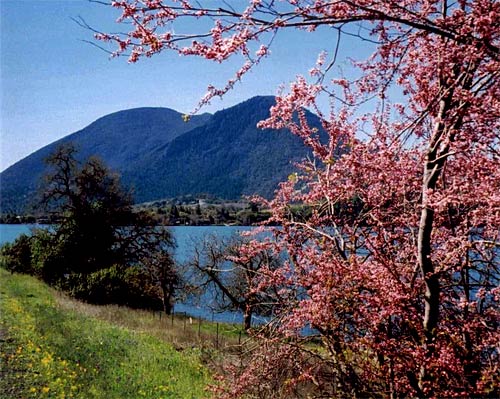 Listen carefully to the following words, for they remain valid today.  “People had known for centuries that seisin and right – possessio and proprietas being the corresponding Roman notions – were two different things and that measures concerning seisin could be followed by litigation on right, but could just as well be taken for their own sake and without further litigation.  So it had been in the past and so it remained after novel disseisin had taken shape.”

Here he is explaining that distinct legal procedures existed for actions based on possession, as opposed to actions based on title, during the time of Henry II.  Were we to meet a lawyer from that time, we would speak the same language when it came to a lawsuit for eviction, in which the sole legal issue is the right to possession of the property.  That is a remarkable notion.

Prof. Van Caenegem continues. “Of course, people who lost their case on seisin could try an action on right, but this was an exceedingly rare phenomenon and the reason is not far to seek.  Seisin was not merely a question of material but of lawful detention: ‘seisin must include some modicum of right, and it is hardly possible to say where seisin ends and right begins.’”

“The question put to the jury was not only whether A had been disseised without judgment, but whether he had been disseised unjustly and without judgment: the jury had to go into the legal situation and if a jury of twelve lawful freemen had found that a man had not been disseised unjustly the chances that a subsequent jury of twelve knights in a process on right would find that he had, after all, the greater right were very small.  It is not because a negative judgment on seisin leaves the loser the theoretical liberty to start a plea on right that his real chances are good.”

So remains the law today.  Which is remarkable to this author; an everyday lawsuit in California is the same lawsuit that would have been filed in feudal England in 1150.