The second six are as follows (the first six are discussed in part 1).

7. Irresponsible Behavior and Fraud by Wall Street Professionals. Investment abdicated their traditional roles as financiers for the business world, and instead decided to make money using new models, which profited from their good names.

“In creating and profiting from new types of derivatives securities, such as CDO’s and CDS’s, Wall Street professionals were taking full advantage of a permissive and inadequately policed system that encouraged sharp practices and provided large rewards for excessive greed.  Of course, fraudulent activity also played a part: for example, Goldman Sachs, perhaps the most respected name on Wall Street, has accepted a civil fine of $550 million (about two weeks worth of profits) to settle a fraud case brought by the SEC accusing the firm of selling derivative investments to customers that were secretly designed to fail.”

8. Confused and Inconsistent Accounting Standards.  A 2000 statue was supposed to establish the Public Company Accounting Oversight Board, whose job is to regulate the accounting industry.

Says Prof. Schoenbaum, “Regretfully, this Board has been very slow to act, prevented from getting off the mark by alleged conflicts of interest and litigation begun with the intent to destroy it all together . . . For whatever reason, the Board has not done its job and accounting miscues and inconsistences contributed to the Global Financial Crisis.  For example Lehman Brothers was able to use accounting rules to remove tens of billions of dollars from its balance sheet according to an examiner’s report.”

We’ve been hearing about this for years.  The investment banks were permitted to restate income and to circumvent the accounting rules with a wink and a nod from the government.  You can’t have a level playing field unless the rules are uniformly enforced. 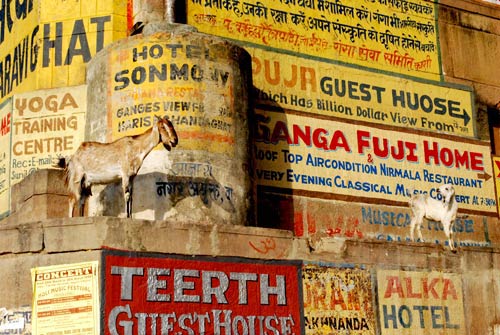 9. The U.S. Federal Reserve’s Botched Monetary Policy.  “After the bursting of the high-tech bubble in 2001, the Greenspan-led Federal Reserve lowered interest rates to levels not seen in a generation.  These low rates persisted too long [, ] contributing to the asset bubble that sparked the Crisis.  Then, too late, the Fed rapidly raised rates.  Making up for lost time to kill the asset bubble.   Both polices were badly mistaken.”

10. U.S. Government Housing Policy.  “The U.S. government is far too involved in private housing market.  In a misguided effort to make every citizen a property owner, the U.S. government has skewed the housing and mortgage markets as well as the prices for homes in the United States.  There is simply too much government interference in housing.”

The author cites the Community Reinvestment Act as a contributor to bad lending decisions, stating “this is not the appropriate role for government, which should enforce anti-discrimination laws but should not pressure banks to make loans to certain groups of people.”

Many warned against the repeal of Glass-Steagall, but the warnings were ignored.  Hey, if we haven’t had a banking crisis in 70 years, we must have eradicated the problem, right?  Wrong.  Glass-Steagall served an admirable purpose, and must be reinstated.

12. Global Current Account Imbalances.  A final global factor is that, “during the period leading up to the Crisis the U.S. experienced record trade in current account deficits.  In 2006 the U.S. current account deficits was $811 billion; in 2007 it was $738 billion.  In 2008 the deficit declined slightly to $706 billion, and because of recession a further decline was recorded in 2009 to $409 billion”

Such deficits cannot be sustained.  “During the boom years before the Crisis, record U.S. trade deficits were equal to approximately 2/3rds of the trade surpluses of the rest of the world.   While trade and current account deficits are not inherently bad, when they become chronic and balloon out of proportion they are a sign of structural problems that should be corrected.”

“In the case of the U.S. the current account deficits represents inadequate savings and over-consumption.  In the case of China, the growing and chronic surpluses represent lack of adequate domestic demand and too much saving . . . This imbalance cannot continue without threatening the stability of the international monetary system.”