Here is the clearest explanation I have found to date regarding the rise of trusts in English law.  Bear in mind that England was still a feudal system in the year 1350.  Also bear in mind that a court of law could not enforce a trust – such jurisdiction lay within the court of equity, which was still developing.

Profs. Maitland and Montague take the stage with the following concise statement of legal history.

“From the field of the common law the chancellor was slowly compelled to retreat … It seems possible that this nascent civil jurisdiction of the chancellor would have come to naught but for a curious episode in the history of our land law.

“In the second half of the fourteenth century many causes were conspiring to induce the landholders of England to convey their lands to friends, who, while becoming the legal owners of those lands, would, nevertheless, be bound by an honorable understanding as to the uses to which their ownership should be put. There were feudal burdens that could thus be evaded, ancient restrictions which could thus be loosened.”

There it is.  The wealthy landowners sought to avoid the feudal burdens owed to their lords.  The Chancellor, acting on behalf of the king, recognized these arrangements.

“The chancellor began to hold himself out as willing to enforce these honorable understandings, these ‘uses, trusts, or confidences,’ as they were called, to send to prison the trustee who would not keep faith.” 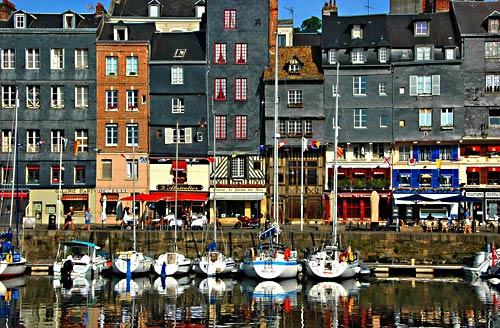 Add Maitland and Montague, “It is an exceedingly curious episode.  The whole nation seems to enter into one large conspiracy to evade its own laws, to evade laws which it has not the courage to reform.  The Chancellor, the Judges, and the Parliament seem all to be in the conspiracy.”

“And yet there is really no conspiracy: men are but living from hand to mouth, arguing from one case to the next case, and they do not see what is going to happen. Too late the king, the one person who had steadily been losing by the process, saw what had happened. Henry VIII put into the mouth of a reluctant Parliament a statute [the Statute of Uses, enacted in 1535[ which did its best – a clumsy best it was – to undo the work.”

“But past history was too strong even for that high and mighty prince.  The statute was a miserable failure.  A little trickery with words would circumvent it.  The chancellor, with the active connivance of the judges, was enabled to do what he had been doing in the past, to enforce the obligations known as trusts.”

How fascinating is this history to our current law of trusts.  The “traditional” trust arose during a 50-year period, as the wealthy sought to avoid the obligations of feudal society.  They employ an exceedingly flexible device, which accomplishes its purpose, but only because many learned people look away during this period.

So also it is with our current law of “living trusts.”  These estate planning trusts came to prominence during the last 50 years.  They suffer from an intellectually deficient legal platform; it makes little sense to contend that one person can simultaneously serve as trustor, trustee, and beneficiary.

Such trusts exist solely to transfer property at death, and solely to avoid the jurisdiction of the probate court.  And yet, with a collective nod, we in the legal profession have said, “Yes, this quasi-will should be valid, and we should honor it, notwithstanding its failure to comply with centuries of law relating to wills.”

The old is new again.