In the recent decision in Estate of Hastie, the court invalidated a transfer of real property made several years before Mr. Hastie’s death.  In a matter of first impression under Probate Code section 21350, the court held that the gift to a caretaker was could be challenged years after the deed was recorded.  This, surely, was not the result that Mr. Hastie wanted, as the property instead passed to relatives who had no dealings with Mr. Hastie in the years before his death.

According to the decision, “For decades there was a close relationship between [Mr. Hastie] and defendant Bingham Liverman.  Liverman had a real estate background including some probate matters.  A fiduciary relationship developed when Hastie granted Liverman power of attorney in October 1999 and existed continuously at all times relevant to this action, up to and including the date of Hastie’s death.”

Here’s the first bad fact for Mr. Liverman.  The court finds that he was tainted because of his undefined “real estate background.”

The dispute concerned the real property located at 3712 Anza Way, San Leandro.  The trial court found that “in 2001, Liverman suggested that Hastie transfer an interest in the Anza Property to Liverman’s granddaughter by executing a joint tenancy grant deed in her favor.  Hastie executed the deed on June 13, 2001.  It was recorded on March 29, 2002.”

Here’s the second bad fact.  The property was deeded to Mr. Liverman’s granddaughter.

The court continued.  “In 2006, Liverman suggested that Hastie, while in the hospital a few weeks prior to his death, transfer his remaining interest in the Anza Property to Liverman’s grandson.  Liverman drafted a quit claim deed from Hastie in favor of Timothy.  Hastie executed the deed in June 2006.  Appellant did not pay anything to Hastie in exchange for the interest in the Anza Property.”

That’s the third bad fact.  A conveyance made while in the hospital, again to a grandchild.  Mr. Liverman should have left well enough alone and stood on the deed recorded in 2002. 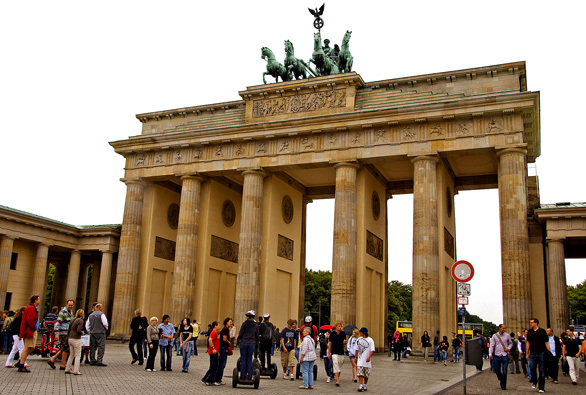 At trial, Mr. Liverman’s sole defense was his assertion that the administrator’s action was barred by the statute of limitations.  Explained the court, Probate Code section 21350 lists “seven categories of persons who cannot validly be recipients of such donative transfers, including, inter alia, any person who has a fiduciary relationship with the transferor who transcribes the instrument or causes it to be transcribed; a care custodian of a dependent adult who is the transferor; and a relative of such fiduciary/transcriber or care custodian.”

That’s double handicap for the recipient, who must meet this heightened standard based on the testimony of other persons, only.

Now the court turned to the heart of the matter. “An action to establish the invalidity of any transfer described in Section 21350 can only be commenced within the periods prescribed in this section as follows:

“(a) In case of a transfer by will, at any time after letters are first issued to a general representative and before an order for final distribution is made.

“(b) In case of any transfer other than by will, within the later of three years after the transfer becomes irrevocable or three years from the date the person bringing the action discovers, or reasonably should have discovered, the facts material to the transfer.”

Stated the court, “We are called upon to interpret section 21356 to determine whether the administrator’s action was timely filed.  The parties have not cited, nor have we found, any cases considering this statute.

According to the court, “Since the transfer became irrevocable while Hastie was still alive, the later date is three years from when the person bringing the action (the administrator) became apprised of the facts.”

In opposition, “Appellant emphasizes the fact that Steven never had any relationship with Hastie, his family or friends, and asserts that he is the respondent in this matter only because the McCartys hired his brother, George, to represent their interests.”

That strikes me as a solid argument.  The court allowed strangers to interfere with the transfer, when Mr. Hastie was looking out for the persons who cared for him for years.

Even more, the court ignored the rule that the recording of a deed creates constructive notice to the whole world of the transfer.  This long-standing principle was not considered by the court.

Thus, the court concluded that “it is abundantly clear that ‘the person bringing the action’ pursuant to section 21356, subdivision (b), can be the administrator of the estate following the death of the transferor and that this person might well be a stranger to the decedent.  The McCartys, as children of Hastie’s predeceased spouse, were entitled to be appointed administrator and were also free to nominate another person, whether known to Hastie or not, to serve in that capacity.”

This is a difficult decision to reconcile, as strangers to the decedent were permitted to overturn a conveyance that had been made years before decedent’s death.