I have been approached by numerous potential clients asking if I can help with the restructuring of their mortgages.  The short answer is that I can provide no assurance regarding a refinancing.  The rules are murky, and the literature indicates that lenders are not providing meaningful reductions. 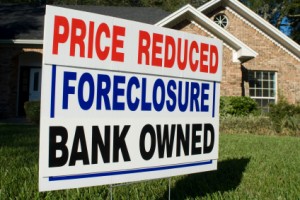 A recent article by Prof. Brent White from the University of Arizona law school has provoked heartburn in the lending community.  Prof. White argues that that many borrowers would be better off if they simply walked away from their underwater loans and rented a house.  He cites statistics showing that 71% of mortgages in the Fresno area are underwater as of 2009.  It’s even worse in Bakersfield, where 79% of mortgages are underwater.

Prof. White argues that strong societal and emotional ties keep borrowers from walking away, even if walking away would save them $100,000, $200,000, or even more over the course of the loan.  Lenders know that most persons will do almost anything to avoid a foreclosure.  Here’s his all-too-true explanation of how the refinancing process works in the real world:

“However, if the homeowner does what the lender suggests –  misses a payment and calls back to discuss a loan modification in 30 days –  the homeowner is likely to be told to call back when he is 90 days delinquent.

“In the meantime, the lender will send the borrower a series of strongly-worded notices reminding him of his moral obligation to pay and threatening legal action, including foreclosure and a deficiency judgment if the homeowner does not bring his mortgage payments current.

“The lender is again making a bet (and again a good one) that the homeowner will be shamed or frightened into paying their mortgage.  If the homeowner calls the lender’s bluff and calls back when he is 90 days delinquent, there is a good possibility that he will be told that his credit score is now so low that he does not qualify for a loan modification.

“The homeowner must then decide whether to bring the loan current or face foreclosure.  If the homeowner somehow makes clear to the lender that he has chosen foreclosure, the lender may finally be willing to negotiate a loan modification, a short-sale or a deed-in-lieu of foreclosure – all of which still leave the homeowner’s credit in tatters (at least temporary).

“Most lenders will in other words, take full advantage of the asymmetry of norms between lender and homeowner and will use the threat of damaging the borrower’s credit score to bring the homeowner into compliance.  Additionally, many lenders will only bargain when the threat of damaging the homeowner’s credit has lost its force and it becomes clear to the lender that foreclosure is imminent absent some accommodation.”

That’s a fair reflection of the process, as potential clients have explained it to me.  Lenders have not established clear procedures for refinancing.  Lenders do not want to write down the value of their loans.  Lenders know that there is a strong negative societal cost to the borrower from a foreclosure.  Lenders have made the refinancing process difficult, if not impossible, for most persons.

This is a difficult argument, as it mixes morals and finances.  Like many persons, I think that we have a moral obligation to pay our debts.  Further, there is no legal obligation for the lender to change the terms of the loan.  On the other hand, the way some of these loans are written, the borrowers will end up up paying hundreds of thousands of dollars that could be avoided if they executed a “strategic foreclosure.”  Paying all this extra money might be construed as “waste” in economic terms.

Also, Prof. White points out that the underwater homes are disrupting the labor markets, in that individuals are reluctant to move because they do not wish to take a loss on their home.  When homeowners are unwilling to move because their house is underwater, labor mobility is seriously hindered by the housing crisis.

“Underwater and Not Walking Away: Shame, Fear and the Social Management of the Housing Crisis”