The Delaware Supreme Court recently decided William Penn Partnership v. Saliba, a case in which there are no winners.  In the case, one of the members breached his fiduciary obligations, but his conduct caused no damage.  Nonetheless, the court awarded attorneys’ fees as an “equitable remedy.”  In this author’s view, the award distorts the law of equitable remedies, creates uncertainty in the law, and rewards fruitless litigation.

The facts were as follows.  The parties were members of a limited liability company called Del Bay Associates, LLC.  Del Bay built the Beacon Motel in Lewes, Delaware in 1987, with 66 guest units.  Later, some of the members (the Lingos) wanted to “end their business relationship” with the other members.

The Lingos concocted a story about their need to dissolve the limited liability company and sell the motel to fulfill obligations under a section 1031 tax-deferred exchange.  Explained the court, “On June 10, 2003, the Lingos convinced Hoyt to sign the contract immediately so they could present it to the JGT board. The Lingos told Hoyt that if he did not sign the contract, JGT might back off.”

The court found that the representations were not true.  Instead, the Lingos controlled both sides of the transaction – seller and buyer.  For example, “The Lingos manipulated the sales process through misrepresentations and repeated material omissions such as (1) imposing an artificial deadline justified by ‘tax purposes;’ (2) failing to inform Saliba and Ksebe that they were matching their offer by assuming the existing mortgage; [and] (3) failing to inform Saliba and Ksebe that they had already committed to selling the property to JGT, an entity the Lingos controlled.”

So, we have a transaction in which one member abused his fiduciary duties to the other members.  More bluntly, “The Lingos here acted in their own self interest by orchestrating the sale of Del Bay’s sole asset, the Beacon Motel, on terms that were favorable to them.  By standing on both sides of the transaction – as the seller, through their interest in and status as managers of Del Bay, and the buyer, through their interest in JGT– they bear the burden of demonstrating the entire fairness of the transaction.” 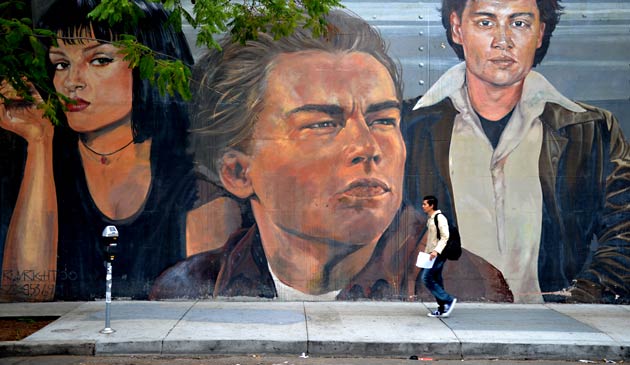 Such proof of “entire fairness” was a burden the Lingos could not meet.  “The concept of entire fairness consists of two blended elements: fair dealing and fair price.  Fair dealing involves analyzing how the transaction was structured, the timing, disclosures, and approvals.  Fair price relates to the economic and financial considerations of the transaction.  We examine the transaction as a whole and both aspects of the test must be satisfied; a party does not meet the entire fairness standard simply by showing that the price fell within a reasonable range that would be considered fair.”

In fact, the price did fall with “a reasonable range.”  The buyer paid $6,625,000 for the Beacon Motel, while the trial court found that the “retained appraisal valued the property at $5,480,000.”  Thus, the price paid by the buyer was greater than the fair market value for the motel, meaning that the non-controlling members suffered no compensable injury.

The court found that this result was not satisfactory.  “Merely showing that the sale price was in the range of fairness, however, does not necessarily satisfy the entire fairness burden when fiduciaries stand on both sides of a transaction and manipulate the sales process.”

OK, but we have no basis on which to award damages.  “Saliba and Ksebe were left without a typical damage award because the Court’s appraisal of the property came in at a value lower than the sale price.”

What to do?  This court decided to award attorneys’ fees to the non-controlling members.  “The Chancellor concluded it would be unfair and inequitable for Saliba and Ksebe to shoulder the costs of litigation arising out of improper prelitigation conduct attributable to the Lingos that amounted to a violation of their fiduciary duties.”

Although there was no statutory or contractual basis for an award of attorneys’ fees, the Delaware Supreme Court held that “The Chancellor’s decision to award attorneys’ fees and costs was well within his discretion and is supported by Delaware law in order to discourage outright acts of disloyalty by fiduciaries.  Absent this award, Saliba and Ksebe would have been penalized for bringing a successful claim against the Lingos for breach of their fiduciary duty of loyalty.”

Which perhaps would have been the better result.  This litigation was surely driven by the attorneys, not by the injured parties, with substantial attorneys’ fees.  The court’s award of attorneys’ fees on equitable grounds will only foster litigation in the future, which is hardly an optimal result.